This week I joined the Minister for Planning to announce the plan for $14 million worth of major improvement works that will transform Callan Park.

The implementation of the Landscape Structure Plan will see upgrades across Callan Park including: 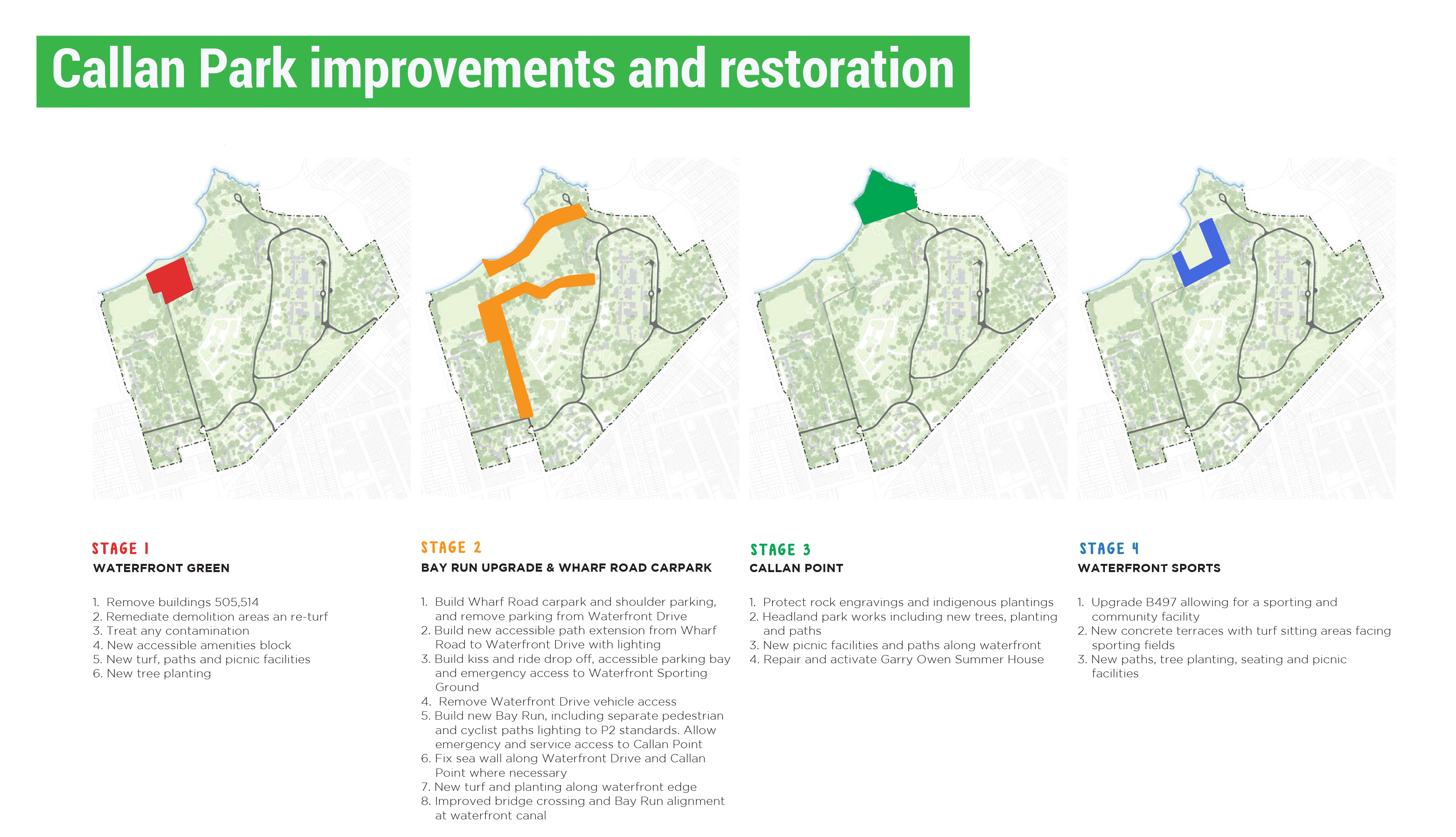 After twenty years fighting government proposals for the sell-off, privatisation and development of Callan Park, this is a genuinely historic achievement.

A development application for the first stage of improvements at the waterfront will be lodged in early March with work on site expected to begin later this year. View the full Landscape Structure Plan here.

We've also received a commitment from the Minister that a Companion Animal Management Plan will be developed to ensure that the current rules around off-leash dog zones are reviewed.

After years of demolition by neglect, our advocacy has secured the funding needed to start restoring this precious green space and protecting it into the future.

Thank you to everyone who has rallied behind this campaign over the past two decades.

Thank you to the hundreds of people who made a submission to the draft Landscape Structure Plan or attended our public meeting in August. Thank you to the thousands of residents who signed our petition to protect Callan Park and to everyone who has joined me to lobby Ministers and government officials over many years, including the Balmain & District Football Club and Callan Park Dog Lovers.

It's also necessary to acknowledge the wonderful work of the Friends of Callan Park who formed back in 1998 in response to the then Labor Government's first attempt to develop this site.

In addition to the $14 million that will be spent as part of the Landscape Structure Plan, last year we also won:

I’ve also received a firm commitment that the Callan Park Act will remain in place as a protection against any future government developing, commercialising or privatising this site.

This is the first time in 20 years that either a Labor or Liberal government is committing to giving something to Callan Park rather than taking something away.

This is a great start but our work isn’t done yet. I'm committed to ensuring that this support is ongoing into the future and we are continuing to push for a permanent trust for Callan Park.

Thank you again to everyone who has contributed to this huge community win.