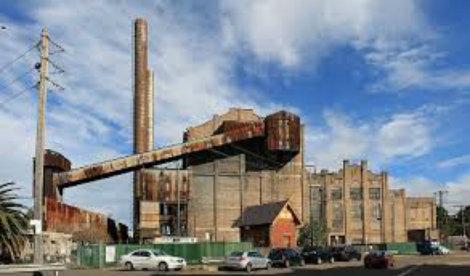 The failure of the Berijiklian Government to negotiate the renewal of the White Bay Power Station with Google is yet another example of their incompetence on planning and transport issues.

The lack of adequate public transport facilities was cited in reports as the major factor in Google’s decision to withdraw from the project.

Everyone, including the private sector, local councils, UrbanGrowth NSW and the community knew that light rail was a must for the regeneration of White Bay. Everyone, of course, except for the NSW government.

This latest development highlights the state government’s serious lack of commitment to delivering an innovative employment precinct that respects heritage, delivers employment and ensures integrated transport links. Google employs 1500 people in Sydney and plans to expand this number to 10,000 workers.

In September 2012 I condemned the move by Sydney Ports to rip up 500 metres of rail track in White Bay, which undermined the future expansion of light rail to the precinct. This was another example of a short-sighted government prioritising roads over the development of long-term public transport solutions to serve our growing population.

As far back as 21 September 2012, Gladys Berejiklian stated in parliament. ‘I am advised that the development of the White Bay cruise terminal does not preclude the future development of light rail in that precinct. This issue can be examined in the future. Again, that is dependent on the task force and the work done by the Minister for Planning in that regard.’

Nothing has been achieved since that date, except for the ripping up of 500 metres of railway track on the site.

In response to questioning from the Greens, the Minister for Planning finally released the Bays Precinct Taskforce Report. The government continually promised transparency and genuine community consultation in planning.

The decision by the state government in June 2016 not to accept any of the thirteen development proposals to develop White Bay Power Station highlighted just how voracious and out of touch the development industry continued to be.

As with the overambitious and unnecessary WestConnex project, this type of planning will ultimately increase congestion instead of reducing it by committing to public transport. Google seems to have come to the same conclusion.

The redevelopment of the White Bay Power Station should remain a once in a generation opportunity to secure appropriate redevelopment that protects heritage and harbourside land, incorporating an effective and integrated public transport system that services both industry and residents.

When it comes to urban renewal the government is incapable of doing anything more complex than selling off public land to their developer mates.

The only way to ensure a world class renewal project is to invest in public transport and include the community in a transparent and open process.