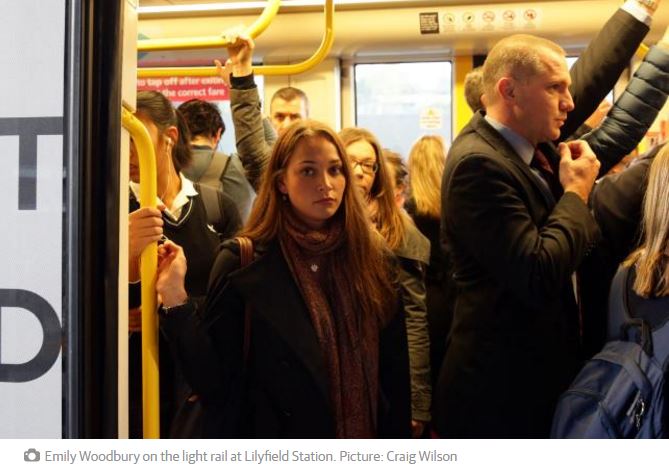 A win on light rail overcrowding

Another 95 weekly services will be added to the increasingly crowded Inner West light rail.

“We all need to get to work, appointments or shopping easily and in comfort. But the enormous popularity of light rail has seen passenger trips skyrocket by nearly 150%. The carriages are packed, it’s uncomfortable and could be dangerous.

When we were campaigning for the Inner West light rail line to be built the  government told us it was a pie in the sky idea. They said no one would use it. We kept up the pressure, and in a great win for local campaigners, the line was finally built.

Last week we had a big win -  after letters from local residents, meetings with the Transport Minister’s office and questions in Parliament, the government has agreed to increase services on the Inner West Line.

The news this week that the government will increase services is a good step in the right direction. But it’s not a long term fix to overcrowding.

We need to see the government invest in new carriages, upgrade the line and ensure it integrates with the new services under construction. They need to make sure that the light rail can accommodate the increasing number of passengers who choose to take public transport instead of driving.

Increasing the number of people who take light rail is just common sense – but unless the government acts now, these services will become impossible to use at peak times due to overcrowding, driving more travellers back into the traffic.

The government needs to be making it easier for people to take public transport, not harder.