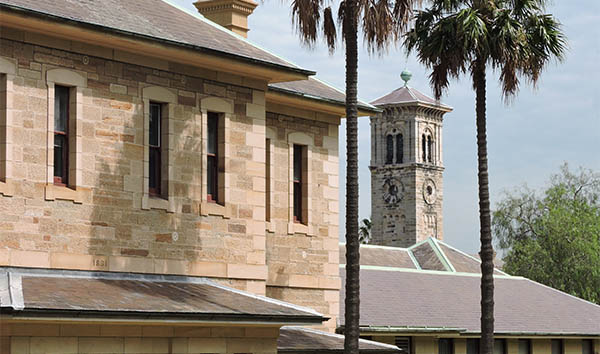 Community gets first look at future of Callan Park

he meeting gives residents their first opportunity to hear from landscape design consultants employed by the Office of Environment and Heritage and provide feedback on their initial concepts.

“Successive Labor and Liberal governments have attempted to sell off, develop and commercialise Callan Park. Now Callan Park is in the hands of Office of Environment and Heritage, I want to make sure that local residents are given a chance to have their say from the beginning.

“This community has battled for decades to defend Callan Park and I congratulate the dedicated local campaigners who have successfully kept apartments off this site.

“The Department has now taken on landscape design consultants who will be developing a Landscape Structure Plan for Callan Park. Their focus is to open the space up for parkland, demolishing some intrusive buildings and promote walking access.

“The Landscape Structure Plan will need to balance the community’s desire to preserve and protect the heritage significance of Callan Park while allowing the site to be opened up for public use.

“This public meeting gives local residents their first chance to hear from the consultants and provide feedback on their preliminary concepts.

“While this process may be positive Callan Park needs a fully funded Trust to implement the Master Plan developed by the community in 2011.”

“With over 300 residents attending it’s clear that the community still cares deeply about the future of Callan Park.”