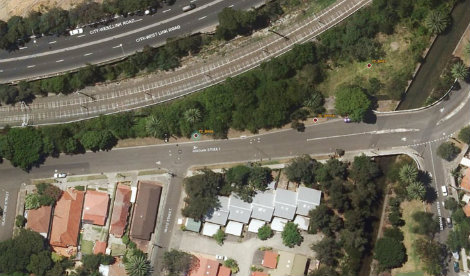 MEDIA RELEASE - May 11, 2016
With this week’s release of the Consultation Outcomes Report on the Parramatta Road Urban Transformation Program, criticism has been levelled at UrbanGrowth NSW for again failing to heed community concerns.

Jamie Parker MP, Member for Balmain, called on the government’s property development agency to abandon its plan to overdevelop the precincts of Camperdown, Leichhardt and Taverners Hill following an unambiguous rebuff from the community and local councils.

“The Consultation Outcomes Report is a vindication of concerns expressed since this so-called strategy was first mooted,” said Mr Parker.

“This is the second round of consultations, after the Minister for Planning re-started consultation in September 2015 yet overwhelming opposition in the community has continued to increase.

“It’s not  surprising the report says the majority of feedback opposed the proposed heights and density of development.

“It is breathtaking arrogance to impose 25-storey residential towers adjacent to existing low-rise heritage homes in Leichhardt and Taverners Hill. At the same time there is no plan for transport, new schools, hospital, significant open space, playing fields or other important social infrastructure.

“Without a detailed strategic transport and infrastructure plan, this proposal will be an urban planning failure and nothing more than a thinly veiled Liberal government gift to developers.

“Instead of sensible planning we’re facing massive overdevelopment, as well as increased traffic from the proposed WestConnex toll road.  We’re losing our valuable inner city green space to make way for roads and high-rises. Residents are rightly concerned that their neighbourhoods will be irreversibly changed for the worse.

“When the government refuses to set targets for affordable housing in its own urban renewal projects, it is because they’re choosing to put the financial interests of developers ahead of the community. A minimum target of 30% affordable housing is socially and financially responsible,” said Ms Leong.

“Overall, UrbanGrowth NSW’s responses to the feedback in the report is woefully inadequate. It is clear the entire program is deeply flawed and should be scrapped,” said Mr Parker.

Community and council feedback quoted in the outcomes report included concerns about the loss of employment land, risk to existing open space, impact on heritage areas, increased traffic on local streets, as well as scale and density of the development.