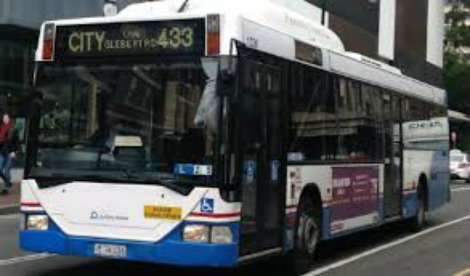 The government has made a sudden announcement that they will take the Inner West bus routes out of public hands and instead give the service to private operators.

The answer to improving bus services is not for the government to simply to wash their hands of the matter and secretly sell them off.

Instead, we need to see a genuine commitment to improving these public transport services with proper investment in making sure the people of the inner west can get where they need to go in the most efficient way possible.

I'll be holding a public meeting to show support for affected commuters and staff. The meeting will be held on Monday 19th June, from 7pm-8pm at Leichhardt Town Hall. I hope to see you there.

For years, bus drivers have consistently been asking Transport for NSW for more suitable running times and timetables due to the major infrastructure works such as light rail and road constructions delaying their routes.

Each time they were refused.

The government has been designing these services to fail so that when the service quality inevitably went down, they had an excuse to privatise.

If the new private operators are given the extra running times that were refused to the public bus services, the government can claim the credit for privatising these routes.

This will pave the way to subject yet more of our public transport to the drive for profit, while putting huge pressure on the price of fares and continuation of 'less profitable' routes.

The government are saying they won’t fix it, they’ll just flog it.

Sign our petition to let the government know you want better bus services, not a sell off.

Watch my comments on video here