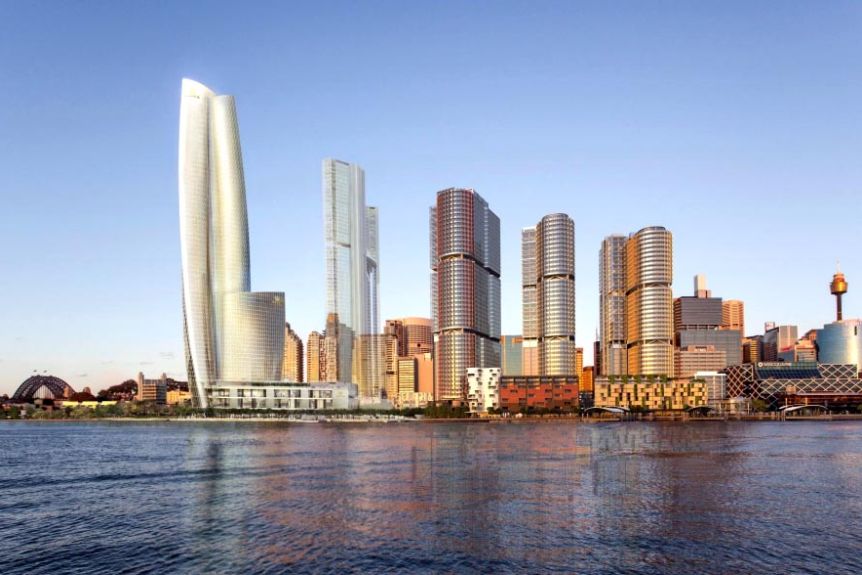 Exposing the rotten influence of Crown

For too long, massive corporations like Crown have been allowed to play by a different set of rules in Sydney.

Last week the Bergin report found that Crown was unfit to hold a casino licence pointing to links to money laundering and poor governance.

Now the Greens are calling for the government to tear up Crown’s licence for good. Read Jamie's comments in ABC News here. 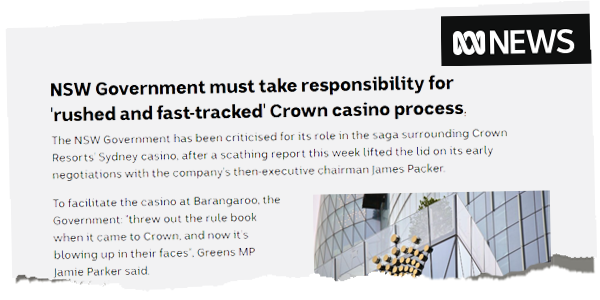 But Crown isn’t the only one to blame for this mess. Back in 2013 the government and NSW Labor rushed through legislation to abandon Sydney’s one-casino policy and roll out the red carpet for Crown.

At the time Jamie Parker was one of only three MPs to vote against that new licence legislation which passed with the combined votes of the Liberals, Nationals and NSW Labor.

At the time, his speech in NSW Parliament warned that issuing a second Sydney casino licence would open the door to corruption, money laundering and criminality.

Regardless, Crown was exempted from existing planning rules, handed prime public waterfront land, and granted a casino licence outside the normal tender process.

This is a mess of the government’s own making, helped by the Labor Opposition who gave Crown full bipartisan support.

It should come as no surprise then that we've uncovered donation records that show Crown has donated over $87,000 to both the Liberal/Nationals and Labor every year for the last 20 years. 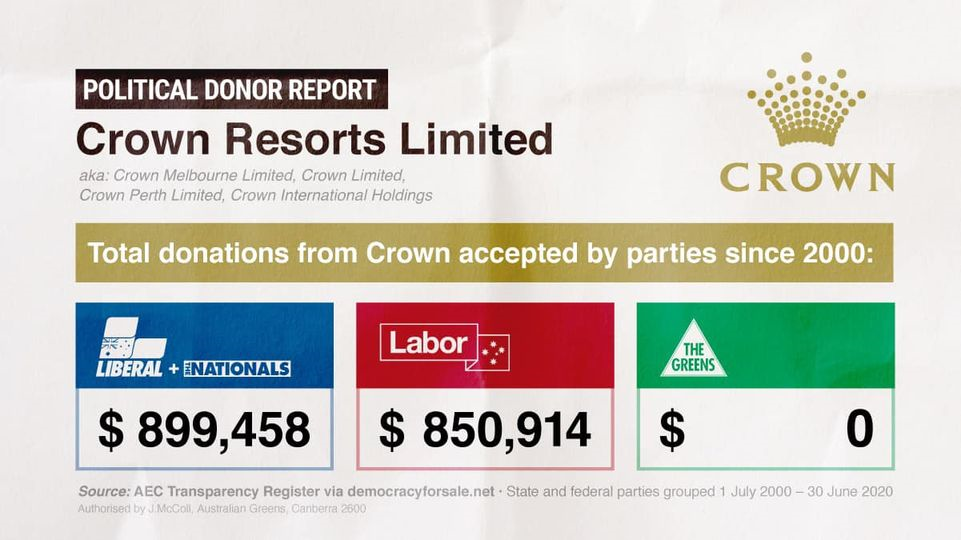 Political donations buy corporations like Crown strong support across the Parliament and help make sure they are allowed to play by a different set of rules than the rest of us.

That's why the Greens have never taken a cent from them.

At the very least, Labor and the Liberals should support our call to tear up Crown's licence. You can support our campaign by sharing our Facebook post here.