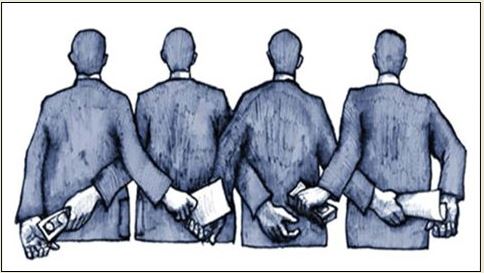 Government funding cuts have meant that the ICAC has had to axe six investigators and cut one of its four investigative teams, their annual report has revealed.

"These cuts to the Independent Commission Against Corruption are clearly another attempt to rein in the one body that keeps politicians from rorting the people of NSW.

Today’s announcement that six investigators will be sacked rings serious alarm bells about the Government’s commitment to fighting corruption.

Corrupt public servants and politicians are no doubt delighted to see the ICAC’s work hampered even further, making it easier for them to cheat the system without being caught.

This is a transparent attempt by the Liberals to rein in the one body that keeps them honest.

Mike Baird cut funding to the ICAC when he was Premier and we urged Gladys Berejiklian to do the right thing and restore it. Instead she’s slashed it even further. It’s clear her government wants a weakened, toothless ICAC.

The people of NSW are sick of politicians running a protection racket for their mates. We demand and expect a strong, independent corruption-fighting body promoting transparency in NSW. The ICAC must be allowed to operate without impediments or fear of reprisals, budgetary or otherwise.

The dust hasn’t yet settled on last year’s political corruption scandals such as the sentencing of Eddie Obeid. Now, more than ever, we need a strong, independent corruption-fighting body for our state.

Only by properly funding the ICAC can the Premier demonstrate she’s determined to stamp out corruption in NSW."