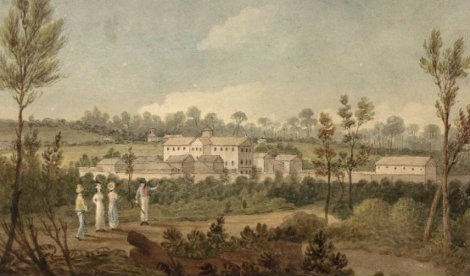 Jamie Parker MP, Greens spokesperson on Urban Growth, has joined Parramatta residents calling on the State Government to give local residents a genuine chance to have their say on the Heritage Precinct development.

“UrbanGrowth NSW, the government’s development agency, announced an engagement session so that the public could put forward ideas for the Heritage Precinct. So far, so good – but they chose to hold this session over two weekdays during working hours. How are most community members going to be able to attend?”

“It’s hard not to conclude this was done deliberately to create a veil of secrecy over the project.” It seems UrbanGrowth NSW is trying to ensure the vast majority of residents won’t be able to attend these important events and have their say.”

“While people in my local area were disturbed about the lack of consultation for the Bays Precinct, it was nothing compared to the disdain with which the people of Parramatta are now being treated by the government.”

“We don't understand why UrbanGrowth NSW would hold a community engagement event on the future of our Heritage Precinct on a weekday during business hours. How is this accessible to the majority of working families in the community?”

“We asked UrbanGrowth NSW to change this consultation event to be held on a weekend but have only been offered two hours early on a weeknight as an afterthought, with no opportunity to tour the site.”

“Where's our international summit, where's our ‘weekend of good ideas’ like the one UrbanGrowth NSW held for the Bays Precinct?”