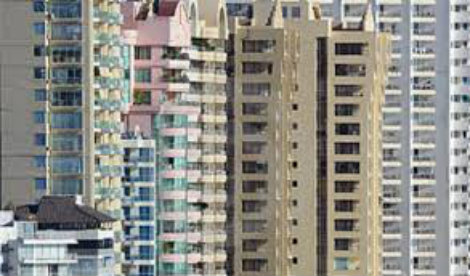 New data analysis commissioned by Jamie Parker, MP for Balmain and Greens spokesperson on Urban Growth and Renewal, has shown that lack of proper planning by the NSW government  has led to massively lopsided development in Sydney.

ABS and planning department data shows that development in Sydney is extremely uneven; proof the State government is saddling some suburbs with overdevelopment despite them having met their targets.

A look at the data behind these housing targets reveals something very concerning: there is gross inequity in terms of development between the different Local Government Areas.

By analysing this data, we’ve shown that some LGAs are building vastly beyond their agreed targets, and bearing an unfair share of the cost of providing new housing across the wider Sydney area.

The research clearly demonstrates how illegitimate these government targets are, because even when councils meet and massively exceed the targets, development is still pushed.

These targets are constantly increased, making it impossible for councils to plan properly as well as making it clear that they are not based on strategic planning principles, but on the interests of the development industry.

Massive overdevelopment and excessive building is blighting so many Sydney suburbs. What’s worse, this destruction is absolutely unnecessary, considering that many local areas have already met their agreed targets.”

Because of the cosy relationship between the government and property millionaires, ordinary people are bearing the burden of unnecessary overdevelopment that is way out of line with appropriate strategic planning for Sydney’s growth.”

It’s clear that many Sydney communities are bearing an unnecessary load. It’s absolutely remarkable that the power of the development lobby is such that even when a community delivers far more than its agreed targets, the demands of the developers keep relentlessly increasing.”

Local councils are powerless to stop land being rezoned from commercial to residential use, further lining the pockets of the property developers.”

With development targets increasing constantly, councils are unable to plan effectively. How can you plan, when you don’t know what you are trying to achieve?”

Population growth projections have been consistently available, so why has the government decided to ramp up the housing targets so dramatically in the last few years? One has to conclude that the State is planning on the fly and putting the interests of property corporations ahead of those of us who actually live in Sydney.”

It’s very disappointing that because of the huge political influence of the property developers, the Government has been unable or unwilling to implement equitable strategic planning to protect Sydney’s unique neighbourhoods.

It's clear that we need a total overhaul of the planning system to ensure a development process that has the community and environment at the centre rather than the interests of the development industry.