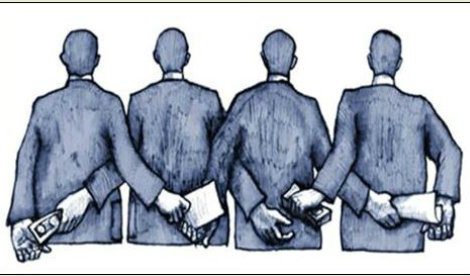 Greens urge new Premier to do the right thing on ICAC

According to a press report, the Independent Commission Against Corruption will have five fewer investigators this year as a result of cuts in last year's State budget.

“This news presents an opportunity for Premier Berejiklian to send a strong message early in her premiership that corruption will not be tolerated. She must reverse these cuts and restore the funding taken away under Baird’s leadership.

Corrupt public servants and politicians are no doubt delighted to see the ICAC’s work hampered even further, making it easier for them to cheat the system without being apprehended.

When Mike Baird was Premier, the government refused a request to give two million dollars of extra funding to the ICAC. The government essentially reneged on their commitments to fully fund the ICAC, forcing it to drastically reduce its investigating capacity.

Last year Liberal and Labor politicians came to a bipartisan view that the ICAC should be fundamentally restructured, despite opposition to this from the Commission itself. Then the Liberals went one step further by effectively sacking the ICAC Commissioner.

These latest cuts are clearly another attempt to rein in the one body that keeps politicians from rorting the people of NSW and getting away with it.

The dust hasn’t yet settled on last year’s political corruption scandals such as the sentencing of Eddie Obeid. Now, more than ever, we need a strong, independent corruption-fighting body for our state.

Gladys Berejiklian has said she’s committed to strengthening the ICAC.  She now has a chance to show that this wasn’t just empty words. Only by properly funding the ICAC can the Premier demonstrate she’s determined to stamp out corruption in NSW.”