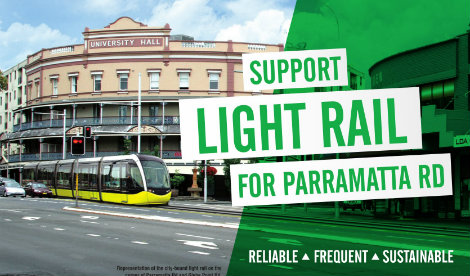 Light Rail surface corridor must be preserved in Rozelle

As the completion of works to remove disused tracks from the Rozelle Rail Yards draws near, Greens Member for Balmain Jamie Parker has called on the government to preserve a surface corridor for a future Light Rail project.

“Sydney Motorway Corporation, Transport for New South Wales and UrbanGrowth must work together to secure a surface corridor from the White Bay Power Station through to the Inner West Light Rail line,” said Mr Parker. “The government should also be using the Glebe Island Bridge for Light Rail, pedestrian and cycle links.”

Failure to preserve a surface corridor will rob the community of an important transport solution for White Bay, Balmain and the wider Inner West, Mr Parker said.

“The massive increase in patronage on the Inner West Light Rail demonstrates just how popular and important new public transport services are to our community and city,” Mr Parker said.

Light Rail will complement a future metro transit infrastructure, and provide a crucial service during the decade before any potential metro project is fully implemented.