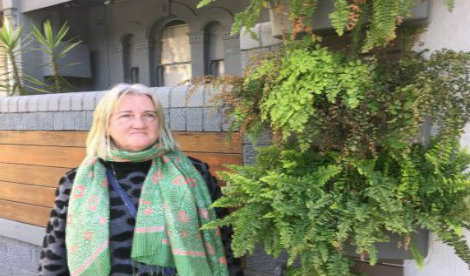 The iconic Sydney Fish Markets will be relocated and receive a much-needed facelift starting in 2018, which the Berejiklian Government has proudly announced as a guaranteed attraction for “more tourists and locals”.

The old Fish Market site will become home to a new high-rise residential building, which could be three times the size of the neighbouring Harold Park development.

When completed, the controversial WestConnex motorway will bring thousands more cars onto Anzac Bridge via an Annandale interchange, funnelling even more cars into what is already one of the most congested areas in Sydney.

And if that weren’t enough, as a result of the $250m taxpayer-funded project, a cluster of commercial party boats will also be bumped along, much to the apprehension of residents.

All Occasion Cruises already has 22 boats at Blackwattle Bay, which operates seven days a week from 7 m to 1 am. The company, whose website boasts “a 5-star standard cruise package for any kind of event” will be relocated to the bay in Banks Street, a public recreation zone in Pyrmont with residential areas close by.

Elizabeth Elenius, a member of the Bays Precinct Reference Group was shocked, saying the boats would be a huge disruption to families and locals. She said they could have been located to Rozelle where other commercial maritime operations were located, and did not infringe on residential areas.

“If [the redevelopment] is done as a partnership with the community it can be good. But this makes a mockery of any government or politician being in favour of community consultation,” she said.

As for the Fish Market and the new high-rise apartment building, Ms Elenius said she had been told about the proposals, but the Reference group had not been consulted about traffic or transport.

Urban Growth is the government agency overseeing the redevelopment and implementation of the Bay Precinct Urban Transformation Program, which includes the renovation of White Bay Power Station, Glebe Island, Wentworth Park and Rozelle Bay as well as the Fish Market site.

Ms Elenius said the group was not opposed to more housing in the area, but that the lack of infrastructure to support it was a concern.

“We haven’t seen any traffic and transport plans. That should be community consulted before any relocation happens.”

A report released by Austroads earlier this year ranked Harris St, Pyrmont as the second-slowest traffic thoroughfare in Australia, with vehicles travelling in the area at a laggard 14.5km average.

Sydney was also found to be the most congested city in Australia, even topping the list internationally ahead of New York and San Francisco.

A spokesperson for UrbanGrowth NSW said car parking, public transport strategies, cycle paths and footpaths would all be “considered during the design process” for the new Sydney Fish Market.

Maire Sheehan, former Mayor of Leichhardt and a member of the Bays Community Coalition, said the area would turn into a “congestion nightmare” if roads were not taken into consideration hand in hand with the Fish Market redevelopment.

She said the project was being touted as a “global city destination” but that so far, it wasn’t providing the minimum requirements for such a vision.

“All the social infrastructure is overcrowded now so there must be more built first.  The development will bring in thousands of new residents, and they will need schools, transport, sports facilities, green space and health services,” she said.

Ms Sheehan also said housing affordability had to be considered.

“This new development must include a minimum of 30% affordable housing.  If it does not the teachers, nurses and firefighters that are needed for the social infrastructure will not be able to afford to live in the area. This is not the mark of a global city,” she said.

Denis Doherty, convenor of Hands off Glebe, said traffic and affordable housing were among several concerns of the residents in the area.

“The greater influx of traffic caused by the newly expanded market will only result in further congestion of Glebe and Ultimo. There are other concerns such as pollution of the bay and the effect on the school which has not been considered,” he said.

Mr Doherty also said locals were not happy about the residential area being “largely for the wealthy” and not making allowances for social housing.

Jamie Parker, the Greens member for Balmain, said he was concerned about the loss of public space in the wake of the plans.

“Already, our local area is one of the most densely populated in Sydney, and suffers from a massive under-provision of community recreation facilities and public green space. We need to use the Fish Markets precinct to address this deficit, before filling it with yet more high-rise residential developments,” he said.

Recent figures from the Bureau of Statistics show that Pyrmont and Ultimo is home to over 22,000 people, equating to over 10,000 residents per square kilometre- double the number of residents in neighbouring suburbs Bondi and Newtown.

With the new high-rise apartments forecast to provide 2750 new dwellings, Pyrmont’s population is set to increase by roughly 40% once the Fish Market site is redeveloped.

“The government is set to massively increase development density in the Blackwattle Bay area, but we have not seen any proposals that meet the already existing unmet demand for public open spaces, child care facilities and spaces for children to play,” said Mr Parker.

The spokesperson for UrbanGrowth NSW said they were “preparing a social infrastructure assessment and a related active recreational needs study for The Bays Precinct, in consultation with local councils and key government agencies including the Department of Education and Sydney Local area Health.”