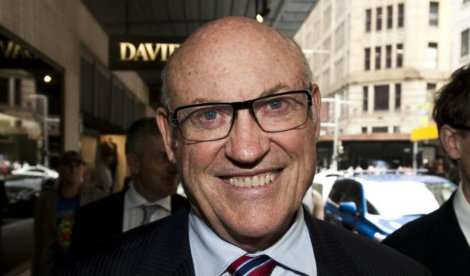 Macdonald sentence a vindication of ICAC

Today’s sentencing of Ian Macdonald and John Maitland is a vindication of the work of the ICAC.

“This sentence is an important step forward in the fight against corruption in NSW, holding dirty politicians and their mates accountable.

"Corruption is a crime that has very real victims, and this decision should compel the Premier to inject additional funds into the ICAC.

The ICAC is only able to fully investigate a small proportion of the matters referred to it, and there is no doubt that ICAC could be even more effective with the additional resources it requested.

This decision again highlights the need for a Federal ICAC, which both Federal Labor and Liberal continue to dodge.

Just last Tuesday, a Greens motion to establish a National Independent Commission Against Corruption was defeated by the unanimous votes of Labor and Liberal politicians.

Rather than starving ICAC of funding and attacking its structure, the government should immediately move to strengthen anti-corruption laws.

The Commonwealth and other states in Australia have specific statutory offences to address misconduct by public officials. NSW corruption law need modernising and the government should introduce laws to codify the offences of misconduct in public office, pecuniary interest in government contracts, bribery and conspiracy to defraud, as previously proposed by the ICAC."