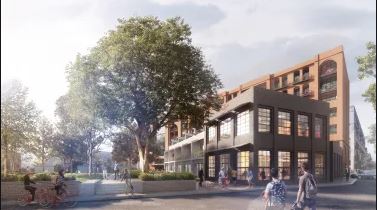 Member for Balmain Jamie Parker has said a plan to build a new mixed-income housing project in Glebe will result in a net loss of social housing accommodation.

The project is a partnership between the Berejiklian government and the Prince’s Trust Australia which would bulldoze 15 existing 1BR and four 3BR properties in Glebe to build 75 new dwellings, only a third of which will provide social housing accommodation.

The existing social housing dwellings provide a total of 27 bedrooms while the new proposal would provide only 25 bedrooms in total.

“This is not a proposal to build more social housing in Glebe, it’s a development that will cannibalise existing stock and actually reduce the amount of accommodation available for the most vulnerable people in our community.

“The Prince’s Trust Australia has no presence in Glebe and I’m disappointed that neither they nor the Department have made any effort to engage with the community before this announcement was made.

“Just a week ago I stood alongside Department officials at a social housing forum when they told residents that there were no immediate plans to demolish properties in the area. It is no wonder residents do not trust this government.

“The government has refused to adequately invest in public housing and instead is forcing through developments like this that are about generating revenue, not creating more social housing accommodation.

“Our community needs more properties, better maintenance and more money for existing services, not another deal that benefits the developers.

“Just a few hundred meters from this location, the Glebe Youth Service has been providing youth services for over 30 years.

“I’m concerned that a new community hub could force established, effective organisations like Glebe Youth Service to compete with the Prince’s Trust Australia for an ever shrinking pool of grant funding into the future,” he says.