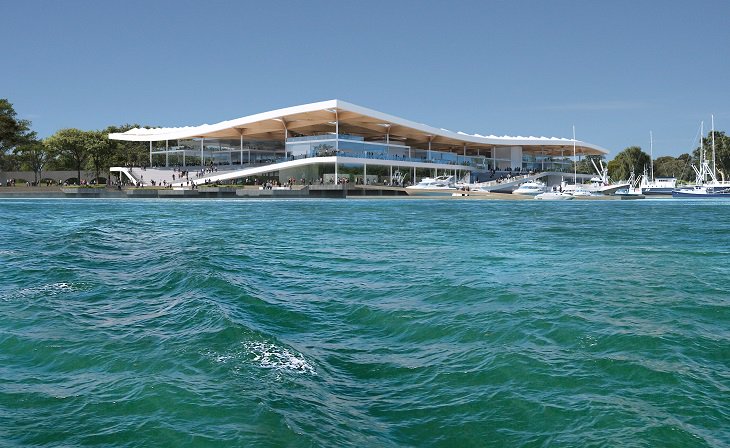 Balmain MP Jamie Parker says a proposal to ‘renew’ Blackwattle Bay by building 1,500 residential apartments on the waterfront is a misuse of public land.

The government’s development arm, Infrastructure NSW, will redevelop the site of the old Sydney Fish Market by amending planning controls to permit 16 new towers, some as high as 45-storeys on the waterfront.

The scale of the development has been increased to offset the cost of the Fish Market redevelopment which has ballooned from $250 million to $750 million.

“This is a gross misuse of public land that is opposed by the community and the council because it is so clearly designed to deliver profit to developers rather than any public good.

“The hundreds of residents who submitted reasoned objections to this plan have been wholly ignored because only the developers have the ear of this government.

“Priceless public waterfront land like this should be put to public use, not locked up for wealthy private property investors.

“The government wants to build a massive wall of apartments right on the waterfront that will dwarf the pylons of the Anzac Bridge and shade Blackwattle Bay forever.

“The plans would leave a thin sliver of public walkway by the water that will be monstered by apartment towers and dominated by retail outlets.

“It’s an embarrassment that the majority of public space on this huge site be underneath a highway overpass, bombarded by traffic noise and permanently in the shade.

“There are no plans for facilities or infrastructure to support the growing number of apartments in the area. This proposal fails to address the urgent need for social and affordable housing which should be a top priority.

“What our community needs is a visionary approach to foreshore management that prioritises public access to the Bay and replicates the success of the four Glebe Foreshore Parks – not another Chatswood by the sea,” he says.