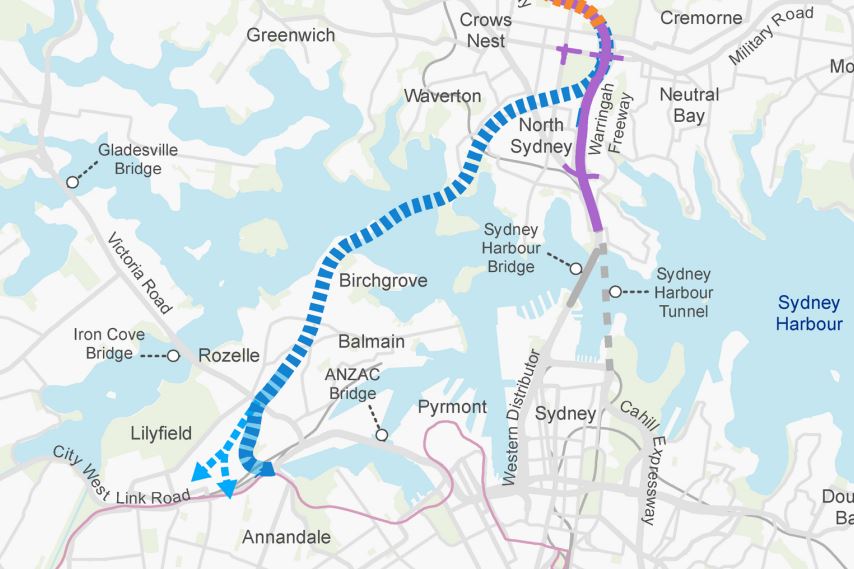 Greens State MP for Balmain Jamie Parker has said the Western Harbour Tunnel EIS confirms the government’s commitment to cars not public transport despite the enormous impacts on residents and climate.

The Western Harbour Tunnel will be a 6.5km underground tunnel connecting the M4-M5 at Rozelle to the Warringah Freeway at Cammeray.

“This EIS has confirmed the worst fears of our community. Hundreds of homes will be impacted by vibration, excessive noise and air pollution. We will lose parkland, a ferry wharf as well as the threat to marine life posed by dredging in our harbour.

“The cumulative impact on people in the inner west is horrendous with residents currently suffering through WestConnex surface works and now facing construction in their backyards until 2026.

“This EIS spells out the government’s agenda to get more cars on the road rather than find a long-term solution to Sydney’s congestion problem.

“With increasing awareness about climate change and air pollution, building toll-roads that encourage people to drive is precisely the opposite of what our city needs.

“It is embarrassing that the only serious effort to examine alternatives to this project looked at different tunnel routes across the harbour rather than genuine public transport solutions.

“Imagine what our city could be like if the government looked at transformational public transport improvements to make it possible to get from the inner west to the north without having to get into a car and pay a toll.

“The choice to dig a trench to place prefabricated tunnel tubes will mean 10 hectares of deep water soft sediment will be dredged, destroying marine life and polluting our harbour.

“Dredging will also bring huge amounts of toxic sediment to the surface to be processed just meters from people’s homes in White Bay and then dumped into landfill.

“This entire project should be dumped and the billions saved invested in better public transport,” he says.