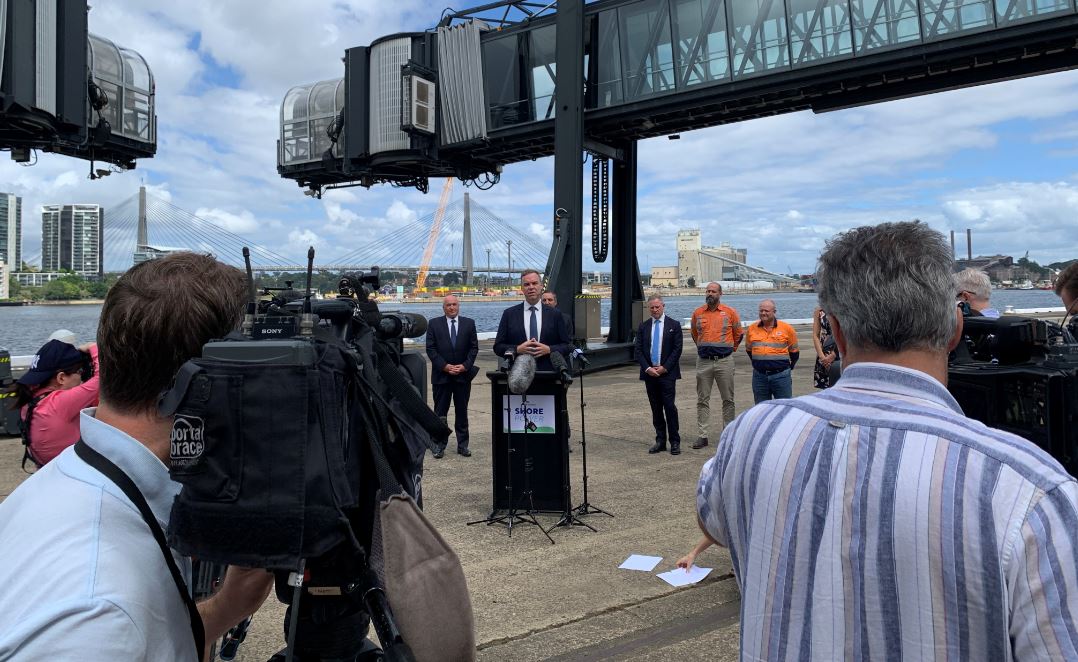 Jamie Parker MP has today welcomed the announcement that shore power will finally be installed at White Bay Cruise Terminal following years of negotiations with the government.

The installation of shore power will allow cruise ships to plug into the electricity network while at berth and be powered by 100% renewable energy rather than run their engines.

This will eliminate fumes and reduce noise for residents of Balmain and Rozelle.

Shore power will be available to bulk shipping vessels and cruise ships - a world first. It will be powered by 100% renewable energy and is expected to remove up to 14,000 tonnes of carbon dioxide from entering the atmosphere over 12 months.

“This facility will flick the switch on cruise ship pollution.

“Sydney has long been a dumping ground for the cruising industry’s oldest and dirtiest cruise ships – vessels that wouldn’t even be allowed to enter most ports in the northern hemisphere.

“These ships are as big as a block of flats. While at port they run their engines 24/7 and it’s like having 2,000 cars pumping out toxic exhaust straight into homes.

“Today’s announcement has catapulted Sydney from being the laggard of the international cruising industry to being a world-leader exhibiting environmental best practice.

“Shore power will be life-changing for people in Rozelle and Balmain and the fact that it will be powered by renewable energy sets the bar for ports across the nation and the world to follow suit.

“Today’s announcement is the culmination of a ten-year campaign for clean air at White Bay that has included a parliamentary inquiry, thousands of petition signatures, hundreds of letters and dozens of meetings,” he says.