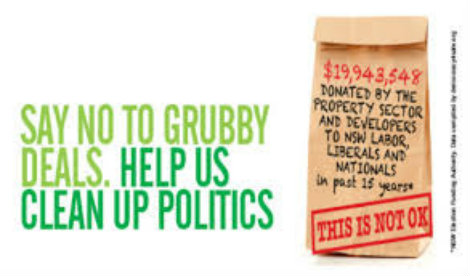 “Today’s verdict in the Supreme Court which found former Labor NSW Minister Eddie Obeid guilty of misconduct in public office is a vindication of the work of the ICAC.” Said Jamie Parker MP, Greens Anti-Corruption Spokesperson.

“This guilty finding is an important step forward in the fight against corruption in NSW and holding dirty politicians accountable.

“Despite all his legal manoeuvring including seeking to sue the former head of ICAC and counsel-assisting, Mr Obeid’s misconduct has finally been proven in court.

“Corruption is not a victimless crime and this decision should compel Premier Baird to reverse ICACs funding cuts and stop the relentless campaign against the organisation.

“ICAC Chief Megan Latham was put under enormous pressure during the investigation of Eddie Obeid and this decision vindicates her stand against the campaign to discredit the ICAC by the conservative wing in the NSW Liberal party.

“This decision again highlights the need for a federal ICAC which both Labor and Liberal continue to dodge.

“Now the critical question is when the report of Operation Spicer will be released, which implicates a cricket team of former Liberal MPs in corrupt behaviour.

“The fact that it is so challenging to secure convictions demonstrates why NSW corruption law needs modernising.”