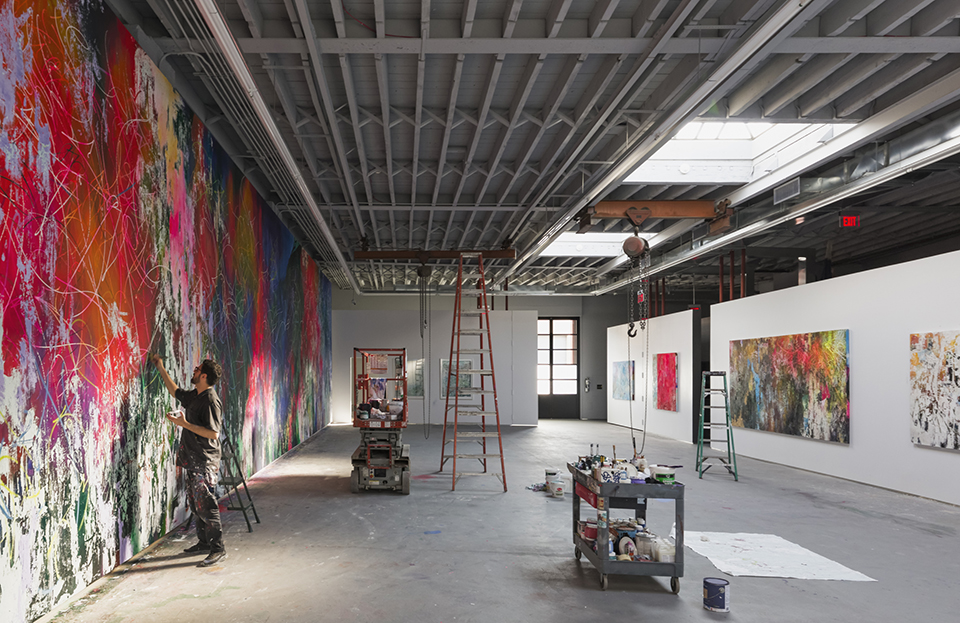 Creative industries are inextricably connected to future urban growth and investment, city marketing and employment generation. Yet all across our city, corporate property developments are squeezing out affordable spaces for artists to work.

NSW has the largest creative Industries economy in Australia, accounting for over 37 per cent of national industry employment. The cultural and creative industries make up more than 10 percent of the workforce in Sydney LGA.

Despite this, hundreds of artists are facing the loss of their spaces are across our inner cities. In Carrington Road, Marrickville, over 1800 creatives are facing an uncertain future. Over 50 artists are in danger of being evicted from their site in Balmain Road in Rozelle/Lilyfield and over 20 from Birmingham Street Studios, Alexandria to name just three locations.

One artisan from the precinct in Marrickville is told researchers, ‘If all the people who worked on this street worked in one company and were sacked, it’d be national headlines.’

Industrial zoned spaces in the inner city are often portrayed by planners as ‘in need of regeneration’.

They are seen as redundant because it’s assumed that manufacturing is in a state of inevitable decline. This is misleading.

Manufacturing in inner cities has changed, but it is far from dead. Instead, manufacturing and arts are coming together to collaborate in unique maker spaces, driving employment and contributing to the vibrancy of our inner cities.

Many inner city light industrial sites are already thriving as affordable spaces for artists and makers to connect and create. Industrial zones such as the Carrington Road precinct have hosted artists, makers and light manufacturing businesses side by side for years.

Buildings in inner city industrial zones are perfectly suited to these types of creative and light industrial enterprises, offering lower rents and limited restrictions on noise. They can also provide access to distribution and business networks, cultural venues and institutions, and customers for products like jewellery and ceramics.

Art, creative and light industrial workers prepare our food and print our books; produce the sounds and images for our movies; arrange flowers and set theatrical stages; and make the ceramics and jewellery that we buy at inner-city markets, to name just a few.

Light industrial and creative industries in our inner cities provide critical support to the drivers of Sydney’s economy, including the tourist and high tech industries and financial and legal services. They also provide valuable employment opportunities to local residents without a university qualification – a group that comprises over half of the residents in my own inner-city electorate.

But increasingly, the developers are moving in to these inner city creative spaces. Ironically, it is often the presence of these artists and makers that contribute to the higher property values the developers wish to leverage. But once the sites are rezoned and the high-rise apartments built, this fact gets conveniently forgotten, with artists and makers pushed out.

Academics from four Australian universities surveying creatives who work in the inner city have reported that for most, moving to the city fringes is not an option.

Artisans interviewed by the recent Australian Research Council Discovery Project told the researchers that they will either close, or go overseas. And our cities will be the poorer for it.

Sydney urgently needs a policy designed to protect interlinked creative and manufacturing spaces of the type put in place by cities such as New York or Chicago.

These cities recognise that such spaces are vital to generating jobs, enhancing liveability and enlivening local communities. They have understood that inner cities must keep a place for production, distribution and repair businesses as well as the arts.

In New York, for example, an 8000 square metre former bicycle factory is being renovated and turned into a production space for small and mid-sized manufacturers that’s estimated to create 80 permanent jobs.

In Chicago, after 50% of the city’s industrial firms were lost in the 1980s, the city instituted Planned Manufacturing Districts as a bulwark against residential and commercial pressures, providing stable and assured urban havens for industry.

NSW must follow suit and urgently implement a policy to protect the inner city space on which artists, makers and creatives rely. Without action, our inner cities, once bustling hubs of employment and creativity, will be in danger of becoming sterile commuter dormitories.