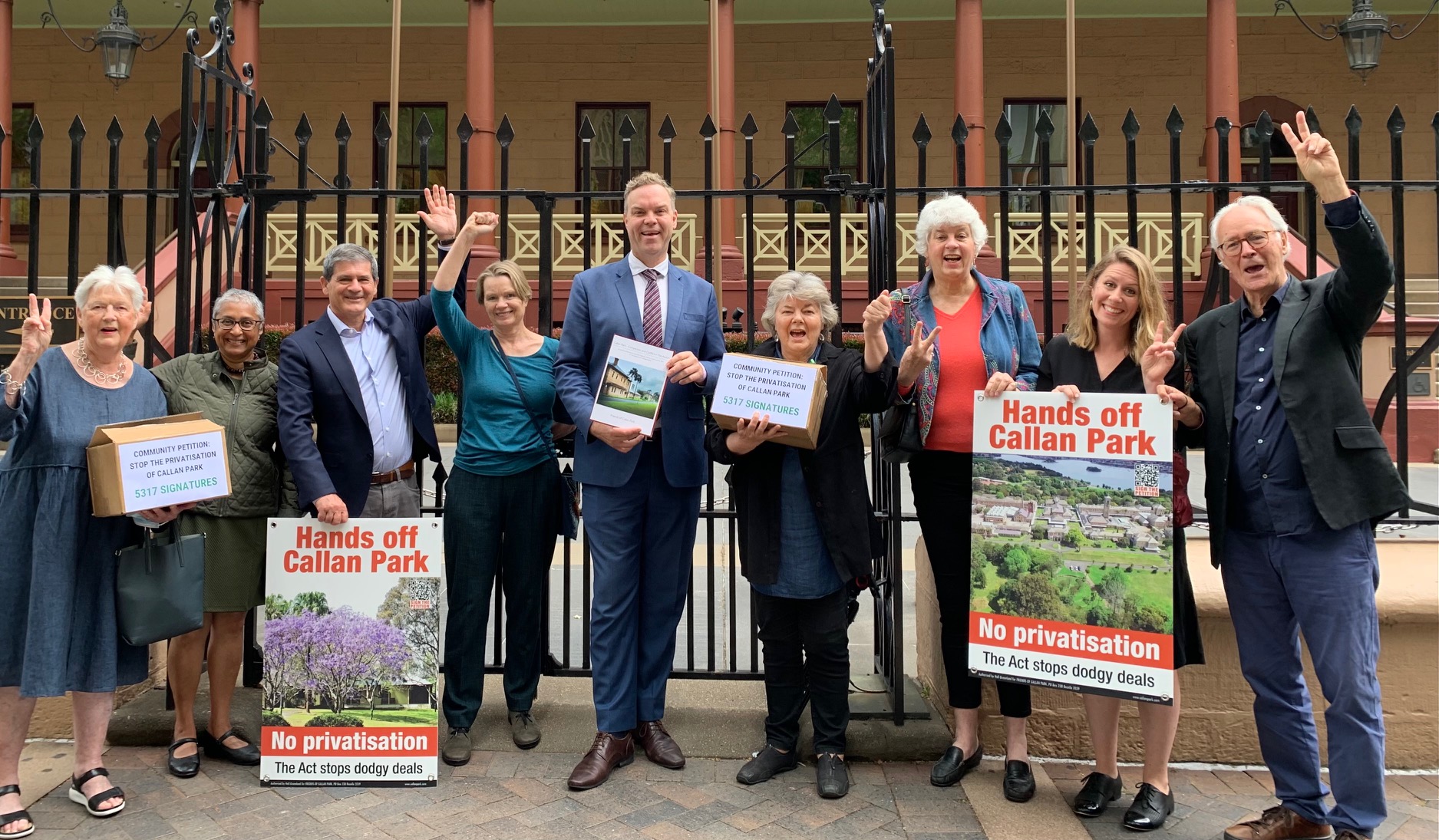 This week the NSW Parliament is considering a proposed law to wind back protections contained in the Callan Park Act that prevent the commercialisation and privatisation of our park.

The changes are part of a wide-ranging proposal aimed at parklands across Sydney including Centennial Parklands, Parramatta Park, Fernhill Estate and Western Sydney Parklands.

The good news is that late last night the Lower House voted to support my amendments to protect Callan Park.

I put forward changes to the proposed law to:

I’m confident that these changes have removed the most dangerous parts of the government’s proposal.

They will ensure Callan Park is retained as a hub for not-for-profit, health and education uses and doesn’t become a glorified business park. They will also mean that future Labor and Liberal governments can’t try to flog this site off to their developer mates.

At the same time we’re striking a balance that will ensure lots of activities are allowed on Callan Park from cafes, to charity headquarters, and arts or music festivals.

A number of wonderful community organisations and sporting clubs, including We Help Ourselves, have already applied to occupy the buildings on Callan Park. Our work in the NSW Parliament last night will ensure that they won't be outbid by big corporations.

Now the legislation will go to the Upper House where we will be proposing more structural changes including a fully funded Trust for Callan Park.

Regardless of the outcome in NSW Parliament, significant capital works are already underway at Callan Park to repair and restore many of the historic buildings for modern use. See a full summary of the works underway here.

I want to thank the 5,317 people who signed our petition to protect Callan Park from privatisation and commercialisation and acknowledge the long-standing advocacy of the Friends of Callan Park.

Your support was a critical part of our successful negotiations last night in Parliament. Once again we've shown that working together our community can achieve great things.