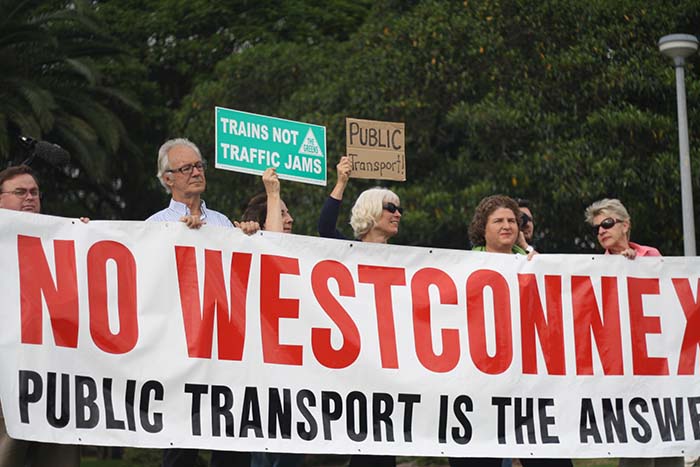 The Greens respond to the Report by the Parliamentary Inquiry into the Impact of WestConnex which was secured by the Greens and the community.

“The evidence and Recommendations of the Report demonstrate that this project has been a debacle.

“The planning, delivery, financing and lack of transparency has caused significant negative impacts on the community.

“The damage that his project will have on our community is far from over with years of devastating construction and billions of dollars of expenses still to come.

“We reject the Committee’s finding that the costs to cancel the project at this point are too great because we know that the real environmental and social costs have never been adequately calculated.

“The cost to our community, to the environment, to the future of sustainable transport solutions in our city is too great to proceed.

“Our community won’t stand by and be silent while the liberals attempt to tunnel 15 metres under their homes.

“So what next? What now? The idea that the Committee has found that despite all of these flaws, the project should proceed, is nonsensical.

“We don’t hold a lot of hope for how the Liberals will respond but will NSW Labor fall into line and proceed despite all the social and financial costs of this deeply flawed project?

“The Greens identified WestConnex as the wrong solution to Sydney’s congestion problem back in 2013. This Inquiry has finally confirmed that position.

“These findings have exposed WestConnex as a textbook example of bad Government decision-making, failed financial management, and a planning process designed to serve private companies, not the public.

“Having seen and heard firsthand the damage this project is doing in our local community, I don’t agree with the Inquiry’s conclusion that this project must proceed.

“Now that the Inquiry has confirmed the damning evidence against WestConnex, Labor and the government should withdraw their support immediately. It will be gravely disappointing if Labor choses to ignore the laundry list of problems and chooses to go ahead with this project anyway.

“The Inquiry has exposed the government’s failure to consider alternatives, to account for the full range of costs and to subject WestConnex to a comprehensive, independent assurance process.

“The billions of dollars already spent on Westconnex would have been better spent on building a world class public transport system that actually takes cars off our congested roads,” he said.

The Greens have issued a Dissenting Report which can be read here – Appendix 5, Page 221.

Join 20,971 other supporters in taking action

alice signed up to receive updates.

dawne signed up to volunteer for Jamie