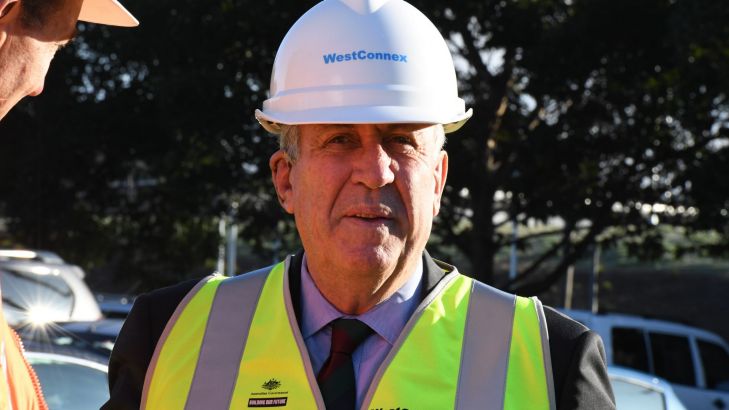 Industry and ministers: the revolving door

Former Roads Minister walks out of Parliament and straight into a plum job in a road company. See my comments in the Sydney Morning Herald here.

Mr Gay quit politics at the end of July after being dumped from cabinet in a January reshuffle.

After 29 years in the Legislative Council he is entitled to a lifetime, taxpayer funded pension of more than $100,000 a year.

The former Nationals minister has joined the advisory board of MU Group, which bids for NSW government transport contracts.

MU Group has been recently awarded contracts for consultancy services on the Parramatta Light Rail project worth more than $1.6 million.

The job, which Mr Gay began on August 25, came to light in advice from the parliamentary ethics advisor tabled in the Legislative Council.

Ministers who want to accept post-parliamentary employment within 18 months of leaving office must first seek the advice of the parliamentary ethics adviser if the job relates to a portfolio held in last two years.

The tabled advice by parliamentary ethics adviser John Evans notes MU Group provides business services for transport and infrastructure projects for clients that include both business and government.

Mr Gay's part time role as a member of the advisory board is described as "providing independent strategic advice to the company; mentoring executives and monitoring business performance for improvement.

Mr Evans says the job does not involve lobbying the government.

The advice notes MU Group has contracts with Roads and Maritime Services but that Mr Gay said he had "no direct dealing" in those or any other contracts with the agency.

Mr Evans says he can see no reason why Mr Gay, 67, cannot take the job.

On Wednesday Mr Gay declined to say what he would be earning in his new role, but said: "I'm still active, I've still got a brain. I want to keep contributing".

However Greens MP and democracy spokesman Jamie Parker said there was a "glaring conflict of interest when ministers jump ship into industry."

"We're seeing former ministers go through a revolving door into the industries they regulated," he said.

"If this government is serious about addressing the perception of corruption, then this practice must be stopped."

Mr Parker called on the government to introduce a restriction on former ministers working in an industry they regulated for at least two years after leaving politics.