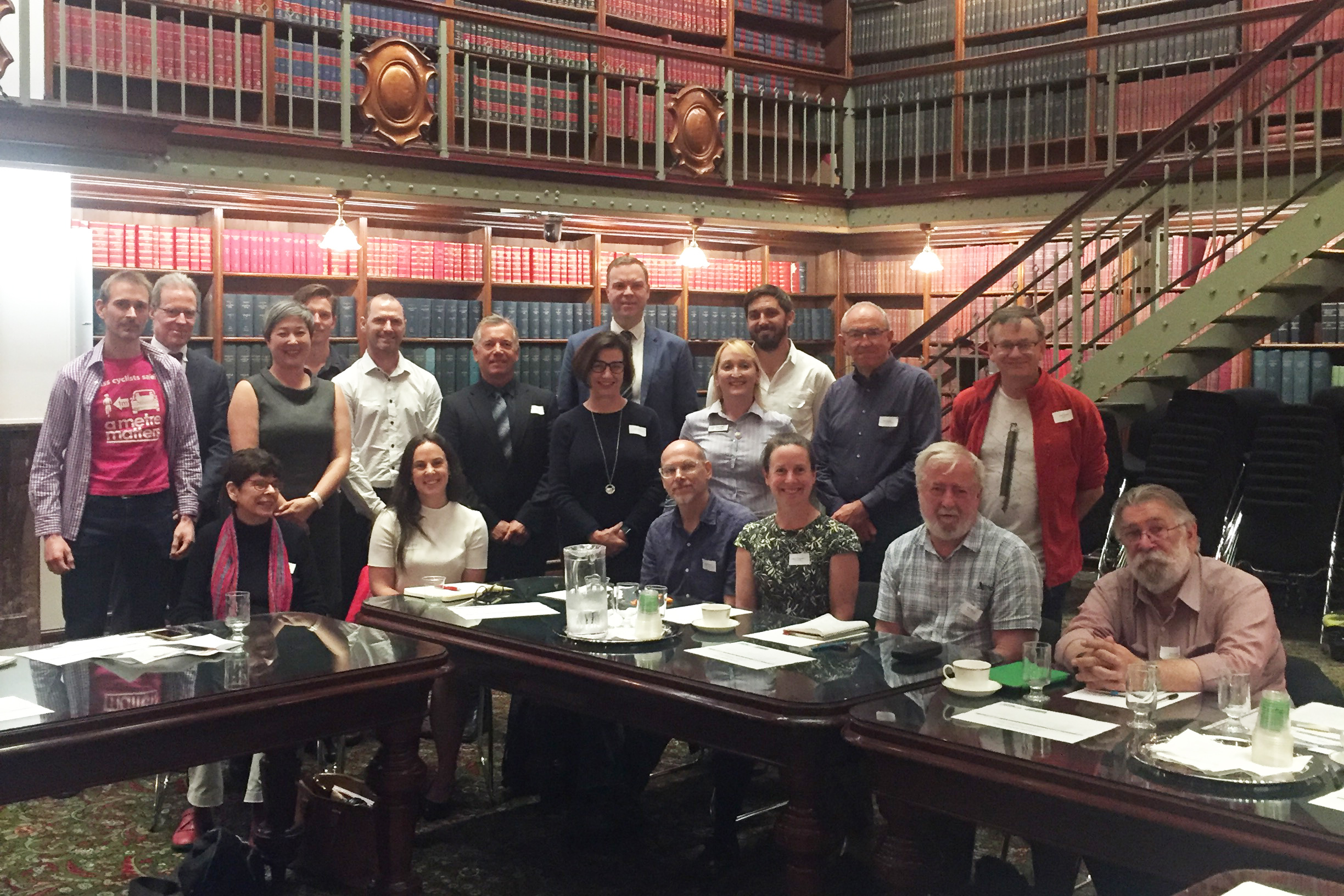 Representatives from peak cycling bodies and stakeholder organisations named lack of government funding and safety concerns as the biggest barriers to cycling participation at a round table hosted by Jamie Parker MP and Jenny Leong MP in NSW Parliament yesterday.

The round table developed a range of strategies to encourage government to invest in active transport. In the coming weeks, the groups will develop an action plan for cycling in the Inner West.

Ahead of the round table, 517 local Inner West cyclists completed a community questionnaire on barriers to cycling participation, see here.

“Just yesterday a cyclist was killed on the road in the Inner West. Eight cyclists have been killed on NSW roads this year which is alarming when you consider that participation rates are declining. It’s clear that the government isn’t doing enough to keep cyclists safe.

“94% of survey respondents told us they would like to ride more for everyday transport but are afraid to get on their bikes in the Inner West because there isn’t basic, connected infrastructure.

“The United Nations Environment Programme says governments should spend 20% of transport funding on non-motorised active transport but the NSW government is spending less than 1%.

“This government is completely focused on building massive polluting roads that squeeze toll money out of motorists while they treat bikes and bike paths as landscaping.

“Cycling is a cheap, healthy and environmentally friendly way for the people of NSW to get around. We can’t unlock any of the benefits of cycling until people feel safe.

“Today’s parliamentary roundtable confirmed that there is a need to urgently invest in infrastructure to make sure that all of us who live in the inner city can ride our bikes without a sense of fear or a concern that we are going to be slogged with a massive fine.”

“Investing in active transport including cycling is the best way to ensure that our communities stay connected and our cities are liveable.