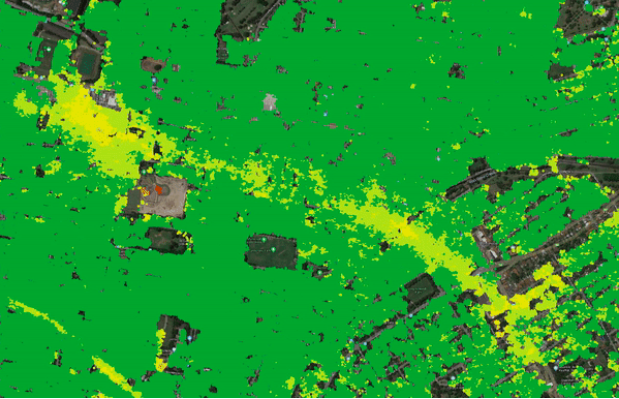 Satellite imagery revealed today by Otus Intelligence Group demonstrates that government claims about the impact of WestConnex on properties are highly inaccurate, according to Greens MP for Balmain Jamie Parker.

The analysis has matched the timeline of surface movement with tunnelling activity in Sydney and provides measurements of subsiding ground upto 300 metres from tunnel routes.

“This data and imagery released today clearly demonstrates that the government has failed to protect residents and has not been honest,” Jamie Parker, MP for Balmain said.

“This is proof that significant ground movement caused by underground tunnelling has damaged homes and businesses.

“Properties up to 300 metres around the tunnelling are being impacted and the government needs to act urgently to prevent further damage.

“This data has been timelined against tunnelling activity to firmly establish causation between the tunnelling and ground movement.

“The government can no longer deny fair compensation to property owners by hiding behind the excuse that this ground movement is some kind of natural, seasonal effect.

“The costs to families and homeowners is enormous. People need to be fully aware of the potential for further damage and the government needs to outline precisely what they are doing to address this.

“It’s disappointing that despite the mounting pile of evidence that this tollway will damage people’s homes, Labor and the Liberals are still committed to building WestConnex,” he said.

The start-up, Otus Intelligence Group is based within the Space Startups program at the Element 8 Incubator & Accelerator in Western Sydney.

Summary of the Space Technology