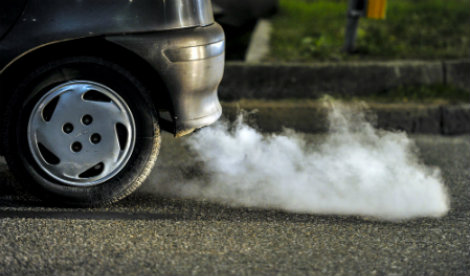 How dangerous are smoke stacks?

Smoke stacks (also called exhaust stacks, pollution stacks or ventilation stacks) have been in the news recently regarding both the WestConnex toll road and the Beaches Link. But what are they, and could they be harmful?

What's a smoke stack? What does it look like?

Here's what the NSW Chief Scientist says about smoke stacks:

Many road tunnels vent exhaust air to the atmosphere at the exit portals. However, in busier or longer tunnels (typically those longer than 2km) emissions can build up to levels where in-tunnel air quality exceeds acceptable limits. In such cases, ventilation stacks have often been used to increase the throughput of fresh air, effectively increasing the allowable vehicle capacity.

Put simply, smoke stacks are chimneys that carry polluted air from road tunnels into the outside environment.

Initial plans submitted for a smoke stack at Haberfield suggested it would be 26 metres high. This is a photo of a smoke stack for the M5 motorway at Turrella: 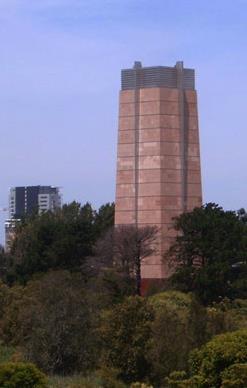 Will the stacks be filtered to remove toxic gases from the air?

No. As a matter of policy by both Labor and Liberal governments, no tunnel ventilation stacks in NSW are filtered.

The former NSW Labor government ignored the huge campaign to filter the M5 tollways and still has refuses to have a policy to filter all smokestacks.

The Liberal government has exactly the same policy for the tollways they are proposing.

No reasons are given for this policy that stand up to proper analysis.

How have the government decided if the level of pollution from the stacks will be dangerous?

Australia therefore has lower air quality standards than the global standards set by the World Health Organisation. Australian standards are not always updated in line with the latest scientific research from around the world.

How will pollution from stacks be measured?

Air pollution is measured by Roads and Maritime Services (RMS) as part of the operation of the stack ventilation system. Pollution levels are measured inside the stacks, but it’s not possible to measure the actual impact of stack emissions on the ground.

No clear evidence exists to show that monitoring the ambient air quality, as RMS has done can reliably predict the size, nature and course of adverse health impacts of air from tunnels. Air from tunnels is very different from ambient air, and much more complicated.

Air pollution is often difficult to measure and many pollutants interact with the weather, meaning measurements just 100 metres apart can be very different.

What pollutants are they measuring?

Inside the smoke stacks, RMS measures carbon monoxide, nitrogen oxides and so-called PM10 particles – these are solid and liquid particles smaller than 10 micrometres (0.01 mm) in diameter.

However the smallest particles – known as ultrafine particles - contained in diesel exhaust fumes are not specifically measured, and are not accurately estimated by any of the measurements done by the RMS.

What health risks are associated with air pollution?

Polluting the air kills people much like selling them cigarettes or asbestos. The more pollutants in the air we breathe and the longer we breathe them, the greater the risks to health.

The experts from the International Agency for Research in Cancer of the World Health Organisation classified diesel exhaust as a Group 1A carcinogen – in the same group of cancer causing agents as arsenic and mustard gas.

What's a safe level of pollution from smoke stacks?

The latest World Health Organisation air quality guidelines state, “There is little evidence to suggest a threshold below which no adverse health effects would be anticipated",  and an international workshop of multiple pollution experts in 2009 concluded, “There are no established thresholds of exposure below which population health impacts are absent.”

In other words, there is NO level at which air pollution is completely safe, especially for more vulnerable people, children, and the elderly.

So what's the solution?

WestConnex as a project should be scrapped. It poses serious health risks, as well as inducing more cars onto the roads, increasing air pollution and contributing to global warming. It will destroy communities and wipe out much needed green spaces.

Join 18,073 other supporters in taking action

Kate signed up to receive updates.

Barbara signed up to volunteer for Jamie