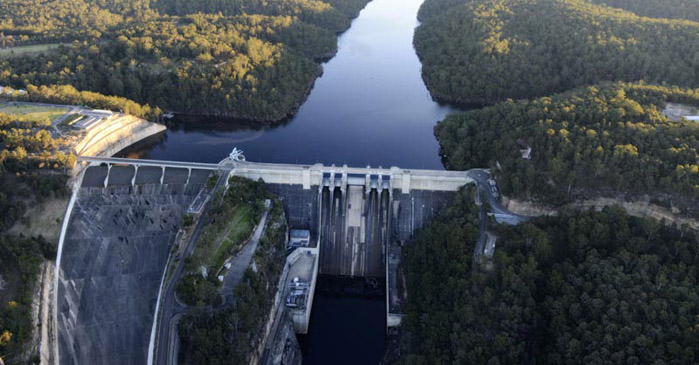 I spoke in Parliament on the threats to Sydney's drinking water catchment area from proposed changes to environmental laws around coal mining.

Mr JAMIE PARKER ( Balmain ) ( 16:44 ): On behalf of The Greens I speak in debate on the Environmental and Planning Assessment Amendment (Sydney Drinking Water Catchment) Bill 2017 and will highlight several key points. Today the Government is using a confected crisis around Mount Piper power station's coal supply to effectively sneak through laws that will gut protections for the quality of Sydney's drinking water. The Government is attempting to undermine important protections that ensure that Sydney's water supply quality is maintained. The current law makes it clear that any development in Sydney's drinking water catchment must be either neutral or beneficial to the quality of that water. What does this legislation do? This legislation guts that protection by ensuring that the baseline used for assessing the neutral or beneficial test for any extension to existing developments will no longer be the health of the catchment but will instead be compared to the impact of the existing development on the catchment.

The Sydney drinking water catchment is a huge area of New South Wales that stretches from the Snowy Mountains to the Blue Mountains and the Illawarra. This change will apply to all types of existing development—whether a mine, a piggery, an abattoir, a chicken farm or a housing development—and this highlights why the Government is being so disingenuous about this proposal. It claims that this issue is about coal supply and that people are seeking to close a mine, but even the litigants and people appealing this matter were seeking not to close the mine but to get compliance with the requirement to which they had committed—the requirement to clean up the water being produced which was polluting the Sydney water catchment.

The Government is again seeking to undermine the integrity of the courts and the Planning Act with special legislation. This is a shonky way to govern. This type of special legislation to overturn decisions of the court is the last thing a government should be doing. The corrupt former Minister for Primary Industries and Minister for Mineral Resources, Ian Macdonald, intervened with special retrospective legislation for the BHP Caroona coal project.

The current Liberal-Nationals Government changed the law to downgrade environmental and social considerations in planning decisions after Rio Tinto's coalmine extension was overturned by the Land and Environment Court. A government that introduces special legislation to overturn court decisions in this manner is a government that is acting in a shonky fashion. It is not the way to govern. The courts make decisions based on law. If the Government does not like those decisions, it should not try to overturn them, because that behaviour leads to poor decision-making.

This legislation was introduced 10 or 15 minutes ago and the Government is proposing to ram the bill through all stages of debate in the Legislative Assembly tonight. This is the opposite of good government. There has been plenty of time for the Government to consult with people about seeking to introduce legislation like this.

Instead, this demonstrates that the Government is interested in supporting its mates in the coal industry rather than listening to the community and all the stakeholders involved in this issue. Let us not forget that the operator of Springvale coalmine, Centennial Coal, is not a clean‑handed organisation that has spoken out because it has been imposed on by a terrible court. Centennial Coal has a terrible environmental record, with 913 breaches of its pollution licence between 2000 and 2015. Wastewater from the mine pollutes the Coxs River, the second largest river feeding the Warragamba Dam. The mine water is highly saline with electrical conductivity of 1,100 to 1,200EC when the NSW Environment Protection Authority's long‑term goal for salinity in discharge water is 350EC.

I referred members to this issue because Centennial Coal evaded responsibilities with which it said it would comply. It did not get development consent. It would not act to ensure it was not damaging the environment and it did not comply with measures set out in court decisions. It sought and received approval to expand in 2014‑15 but because of the mine's location in the Sydney drinking water catchment area it was subject to the provisions of State Environmental Planning Policy (Sydney Drinking Water Catchment) 2011. That policy prohibits the granting of a development consent unless the consent authority is satisfied the proposed development will have a neutral or beneficial effect on water quality.

That is what the Government is wanting to rip up tonight. The environmental assessment for the expansion found it would result in a significant increase in salinity in the swamp and creek immediately downstream and admitted that the discharge would increase the salinity of Warragamba Dam by 6 per cent.

At the time the Sydney Catchment Authority said that the project would be refused consent unless the discharged water was treated. Without this requirement the mine could not achieve the test of having a neutral or beneficial effect on catchment water, thus degrading the quality of water flowing into Warragamba Dam making it saltier, adding heavy metals and contributing to the toxicity of the aquatic environment. Approval was granted in September 2015 with the proviso that by July 2017 the mine should significantly reduce water salinity if discharging it into the Coxs River, and reduce the acute toxicity of the environment downstream. The mining company, which has had hundreds of breaches, agreed to that timeline. Less than two years later it asked for the interim goal to be delayed by two years. In June this year the Government deferred until 2019 its interim pollution reduction goal.

The group 4nature challenged the expansion and said that the Planning Assessment Commission had failed to correctly apply the crucial neutral or beneficial effects test. It was ultimately successful in the Court of Appeal which ruled invalid the approval granted to Springvale for the expansion. This is an attempt to blackmail the Government and the community. Springvale is saying, "If you do not do this, this is our threat; this is our big stick."

This Government is not only rolling over but also aiding and abetting Springvale. It is making sure that in future this critical neutral or beneficial test, which protects Sydney's drinking water catchment, will not be able to be used. The challenge we have today is whether we support our drinking water catchment or whether we support Springvale coalmine.

Members know that these proposed changes should not be supported but this Government is using the lack of electricity in the future and 10 per cent of electricity production in this State as a cover to try to destroy significant protections for our drinking water. The Government should make Centennial Coal fast-track its wastewater pipeline and water treatment plant, stop its constant licence breaches and cease its destruction of the environment. Mount Piper power station has a coal unloading facility on site for the delivery of coal by truck from mines other than Springvale. The nearby rail line used to supply the now closed Wallerawang power station is only a few kilometres away.

As my colleague Mr Jeremy Buckingham in the upper House said, this is a lazy approach by a New South Wales company that puts the interests of one coal company and one coalmine before the interests of Sydney's drinking water catchment. This shows the vulnerability of power stations that are reliant on coal supply from mines that destroy the environment.

Nature provides sun and wind—a consistent and free supply of solar energy. We must protect workers involved in the mining of coal so that in future as we transition from coal to renewable energy their families and communities are supported. It will not happen next year but we know it will happen. Coal‑fired power stations are closing not because of campaigns run by individuals but because the market is recognising that we are shifting away from fossil fuel to renewable energy.

We should be embracing that and supporting workers and their communities by voting against this legislation. The Greens support the integrity of our planning system and the protection of our drinking water catchment, which supplies millions of people. The Greens oppose this legislation.