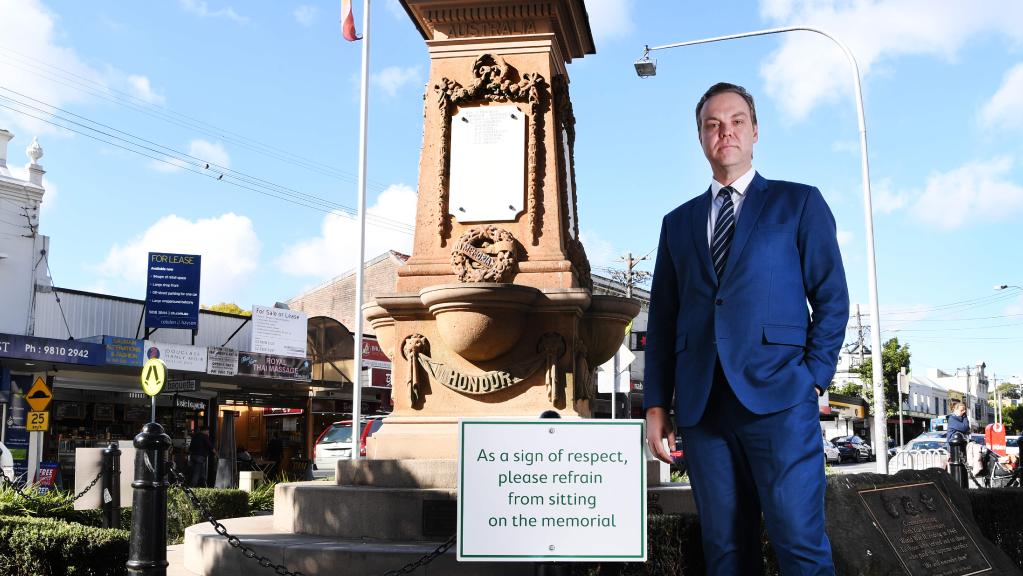 Balmain MP Jamie Parker and senior resident Raymond O’Keefe have teamed up in an effort to give the Loyalty Square war memorial the respect it deserves.

The 78-year-old resident has been campaigning for signage to be erected around the Anzac memorial since 2012, after noticing a number of people sitting on the statue.

“It happens all the time, the memorial needs better keep out signage,” he said.

“People are using it to sit and have lunch or coffee when there is ample seating in the area.”

Mr O’Keefe’s efforts have now been backed by Mr Parker, who has written to Inner West council to request action be taken at the commemorative site.

The duo have recently received confirmation that new signage will be erected.

“Following an inspection of the memorial and consultation with the Local Return and Services League (RSL) it is proposed to put in place the following signage at the memorial: As a sign of respect, please refrain from sitting on the memorial,” council administrator Richard Pearson said.

“The new signage will be attached to the existing steel fencing adjacent to the memorial.

“It is anticipated the signage will be in place in four weeks.”

“The war memorial in Loyalty Square is an important reminder of those who made the ultimate sacrifice,” Mr Parker said. “I’m pleased that the council will now be taking action to help remind people using the area that the memorial should be respected.”