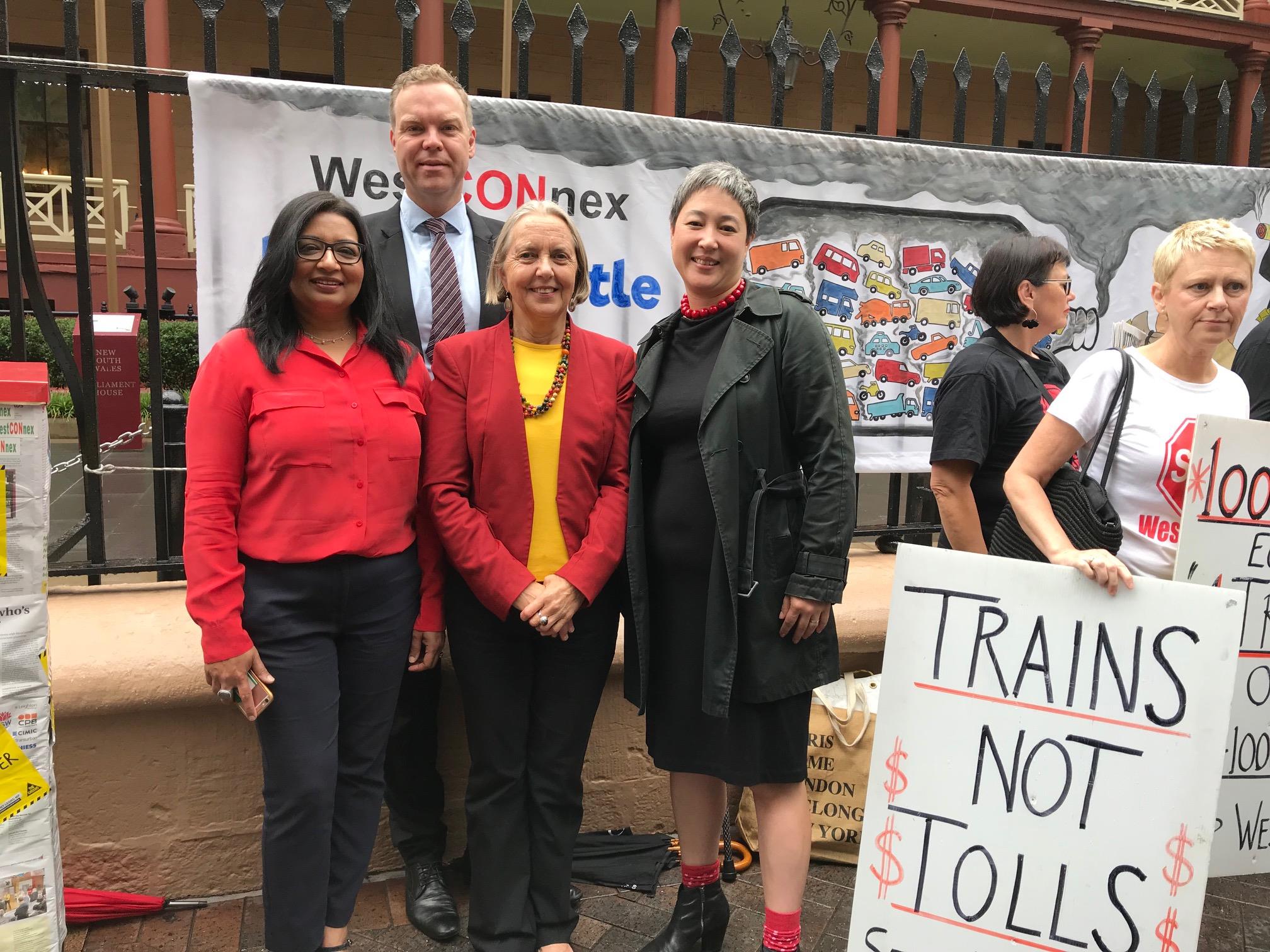 We the undersigned oppose WestConnex and call for an immediate review of the whole project.

The significant changes made recently to the proposed M4-M5 Link mean that the traffic and air quality modelling, financial projections, and other key elements of the environmental impact statements for WestConnex Stages 1 and 2 will now be incorrect.

The effects of these changes will be felt across the route, especially around the proposed St Peters Interchange. Even the current figures for the New M5 show this interchange would significantly increase traffic and pollution in the surrounding area, which is the most densely populated in Australia and growing rapidly.

These and other impacts will be even more severe due to the removal of the Camperdown off-ramps, as the St Peters Interchange will now be the closest entry/exit to many parts of the city for drivers travelling to and from the south west.

We therefore urgently request that you:

We believe the St Peters Interchange must be reviewed in the same way as the Rozelle Interchange was, as it will have severe health and traffic impacts on many communities and those travelling through the inner west. By increasing traffic in Newtown, it will also jeopardise the future of King St, one of Sydney’s most vibrant entertainment and business areas.

We believe it is a dereliction of your duty of care to actively increase the toxic pollution that so many residents, particularly children, will be exposed to with this section of WestConnex.

We also reject the proposed location of the Interchange next to Sydney Park, the inner city’s largest green space, and the assertion that green space under a massive interchange can be considered an acceptable ‘replacement’ for the trees that will be destroyed there.

Even before these latest changes were made, the WestConnex ad hoc planning process meant the St Peters Interchange was approved even though plans for the ’Sydney Gateway’ connection to Port Botany and the airport have not been released, despite this connection being the primary reason for the WestConnex project.

All affected local councils and environmental and planning peak bodies have opposed WestConnex and provided strong arguments against building this tollway right through the heart of Sydney.

It’s time now for an urgent review into WestConnex, and in particular, a rethink of the St Peters Interchange with regard for the ongoing health and wellbeing of tens of thousands of residents.