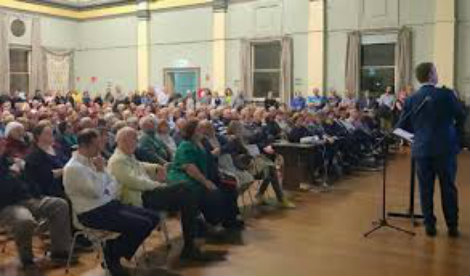 One of the relatively unknown implications of WestConnex is the plan to build a 'Western Harbour Tunnel' from Rozelle, under the Balmain peninsula to link to the Gore Hill and Warringah Roads.

This tunnel will have serious implications for our community. It’s likely that the project would have a mid-point tunnelling site on the peninsula, as well as unfiltered exhaust stacks in Rozelle and Birchgrove.

A tunnelling project of this size could lead to convoys of trucks and barges operating around the clock during construction to remove the hundreds of thousands of tons of soil.

Already, I’ve had dozens of calls from residents who are justifiably very concerned about the implications of the tunnel to our local area.

We need both the Liberal government and the Labor opposition to oppose this destructive project and instead commit to investing in world class public transport.

We saw how little regard the government has for preserving our city’s character and history when Haberfield, a heritage listed garden suburb, was decimated by WestConnex, with over 100 properties demolished. We must be vigilant in preventing the same thing happening at Birchgrove or elsewhere on the Peninsula.

The government allocated around $22 million in the last budget for planning and preparatory work. They are already doing preliminary test drilling work at a site next to Birchgrove Ferry Wharf.  So while this project still is at an early stage, we need to be proactive in pressing our message that Sydney needs world class public transport, not billions more spent on tollways.

The evidence is clear that increasing road capacity with tollways induces more traffic and car dependence. Exhaust emissions, especially when concentrated, have been proven to cause a variety of cancers, and fossil fuel consumption is acknowledged as a major contributor to greenhouse gases and climate change.

Yet the powerful roads lobby is pushing for more tollways, more cars and more congestion.

I held a public meeting in Balmain Town Hall  in order to better inform local people about the details we have on the tunnel so far, as well as to seek feedback from the local community. Over 300 people attended, all concerned about how this could affect our area.

If you weren't able to attend but would like to receive further information, please sign up for email updates on this issue and we'll keep you informed.

You can also see the Powerpoint presentation from the meeting here.