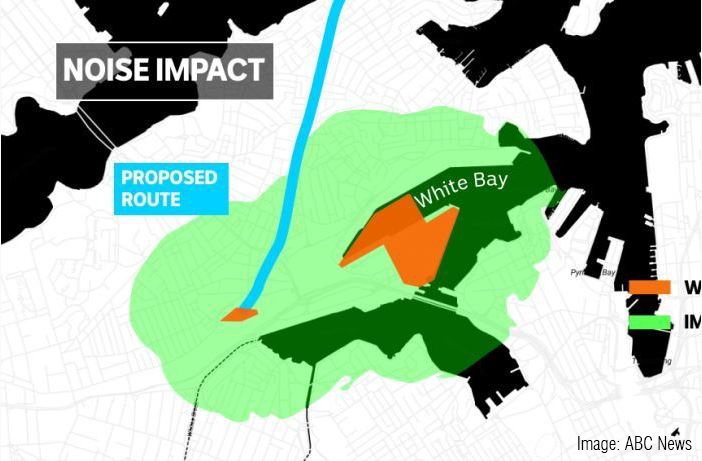 RESIDENTS COULD LOSE THEIR HOMES OVER CONSTRUCTION NOISE AT WHITE BAY

Leaked government documents have revealed White Bay has been identified as the main construction site for large sections of tunnel built for the Western Harbour Tunnel and Beaches Link.

The documents reveal that residents in White Bay will be exposed to heavy, long-term construction noise and may be relocated or bought out as a result. The site will also become a toxic dumping ground for contaminated sediment that will be dredged from the harbour as part of the project.

“This development is going to put a massive construction site in the middle of a densely populated inner-city suburb. For 12 hours a day, residents in Balmain, Pyrmont and Rozelle will be subjected to construction noise and vibrations in their homes.

“The noise will be so bad, it’s set to make some parts of the local area completely unliveable. The government acknowledges the impact will be so intolerable that residents may be forced out; they even have a plan to buy out people’s homes.

“On Tuesday I met with representatives from strata committees in White Bay who feel sidelined by this plan. It’s outrageous that the government thinks it is acceptable to push people out of their homes and their communities for the sake of a toll road that our local area doesn’t need.

“I plan to take a delegation of local residents and strata committees to see the Minister for Roads so she can hear firsthand what a devastating impact this plan is going to have on our community.

“This plan makes it crystal clear that the government is focused on delivering for the roads lobby regardless of the impact on our local communities or our environment.”