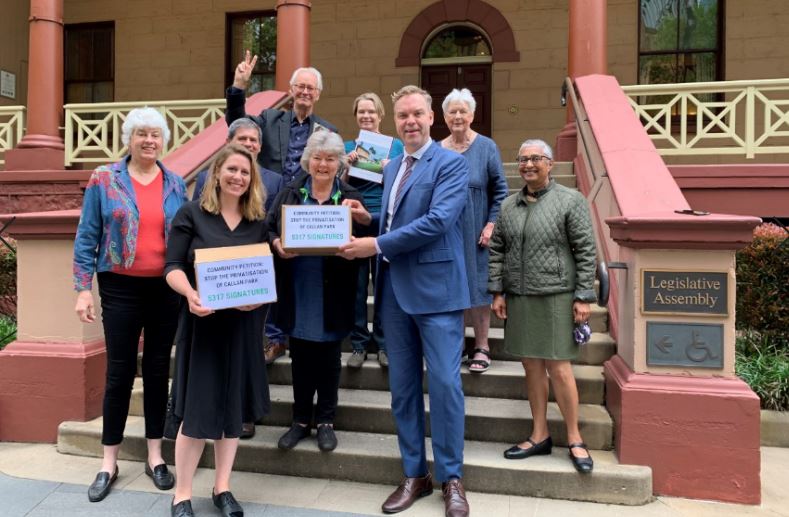 The NSW Parliament has been considering a proposed law to wind back protections contained in the Callan Park Act that stop the commercialisation and privatisation of our park.

The changes are part of a wide-ranging proposal by the government aimed at parklands across Sydney including Centennial Parklands, Parramatta Park, Fernhill Estate and Western Sydney Parklands.

In November the Lower House voted to support my amendments to protect Callan Park and chuck out the most dangerous parts of the government’s proposal.

Late last night, the Parliament endorsed our protections once again by passing the bill into law with my changes intact. 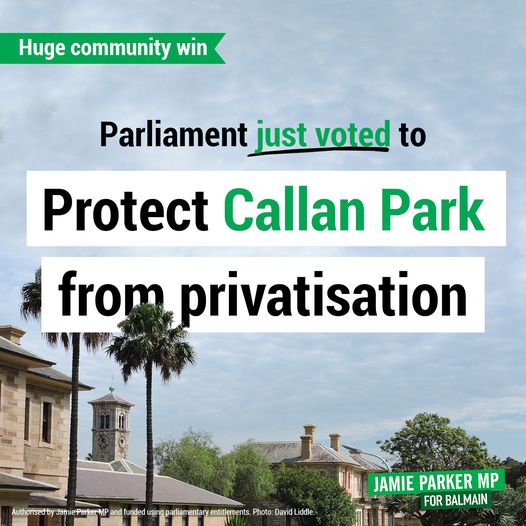 Thank you to everyone who joined the campaign to protect Callan Park. Your support was a critical part of our successful negotiations in Parliament.

Amendments we made to this proposed law means that it will:

These changes will ensure Callan Park is retained as a hub for not-for-profit, health and education uses and doesn’t become a glorified business park. They will also mean that future Labor and Liberal governments can’t try to flog this site off to their developer mates.

The changes strike a balance that will ensure lots of activities are allowed on Callan Park from cafes, to charity headquarters, and arts or music festivals. Importantly they will also give real power to our community so we can make decisions about the future of our parks.

This win is the result of our community's remarkable campaign to protect Callan Park. I want to thank every resident who hosted a poster, signed the petition or attended one of our meetings - and of course the Friends of Callan Park who've been essential to this win.

While we were able to remove the worst parts of this proposed law last night, it is far from perfect.

Disappointingly, neither Labor nor the Liberals supported a fully independent trust for Callan Park. In place of that we managed to negotiate a Community Trustee Board for each of the parklands which means for the first time there will be independent oversight, transparency and genuine community participation in decisions.

In addition, the bill permits more intensive commercial activities at the Entertainment Quarter at Moore Park including 99-year leases.

I'm confident that our work last night in NSW Parliament has dismantled the worst parts of the new law and installed rigorous protections for Callan Park.