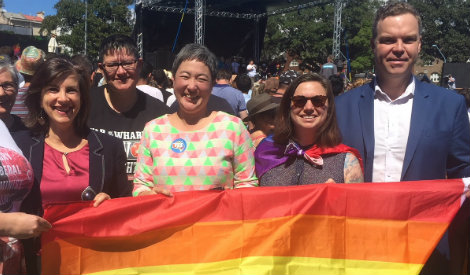 2017 has brought some wonderful wins and great gains for our hard working and active local community.

None of them would have been possible without your commitment and support. So thank you!

In 2018 I will continue to work hard on the many issues that affect life in our area, advocating both in Parliament, in the community and in local government.

I introduced a Private Members Bill to protect whistleblowers – ordinary people who come forward to the ICAC with information, often at great professional and social risk to themselves and their families.

The Parliamentary Committee on the Independent Commission Against Corruption investigated and took up the content of my Bill. It’s now up to the Attorney General to make these recommendations law at the earliest possible opportunity.

At local level, together with local residents I revealed a dodgy deal on the proposed WestConnex tunnel site in Leichhardt, getting this important issue the mainstream media attention it deserved. 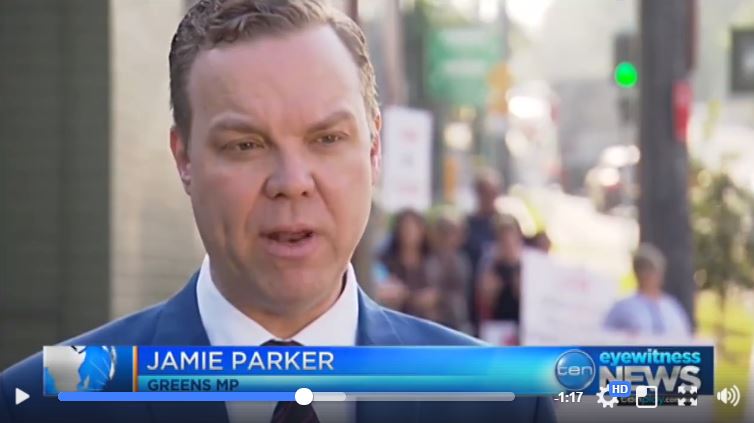 The Department of Transport extended the lease on the tunnelling site in Darley Road for 20 years while Gladys Berejiklian was Transport Minister — despite the department being officially told such a decision was not ethical.

This deal has all the hallmarks of improper behaviour. It's not appropriate to grant a 20-year lease extension to a private company by direct negotiation, without going to tender.

The second floor of Ultimo TAFE's extremely important library area was slated by management to be taken over for corporate office space.

Together with students and staff, the Public Service Association and the Teachers' Federation we beat back this ridiculous proposal.

It was very inspiring to be able to work with these determined students and staff as they came together to stand up for their right to a quality educational environment.

I joined fellow Greens MPs and community members to campaign for marriage equality, hosting a rally at Balmain Town Hall and distributing YES posters across our electorate.

The postal survey should never have happened – our government’s job is to pass legislation and uphold human rights – but the result of a YES vote in every electorate was a resounding victory for love and justice. It was wonderful to join so many delighted people in the Inner West on the day of the results. 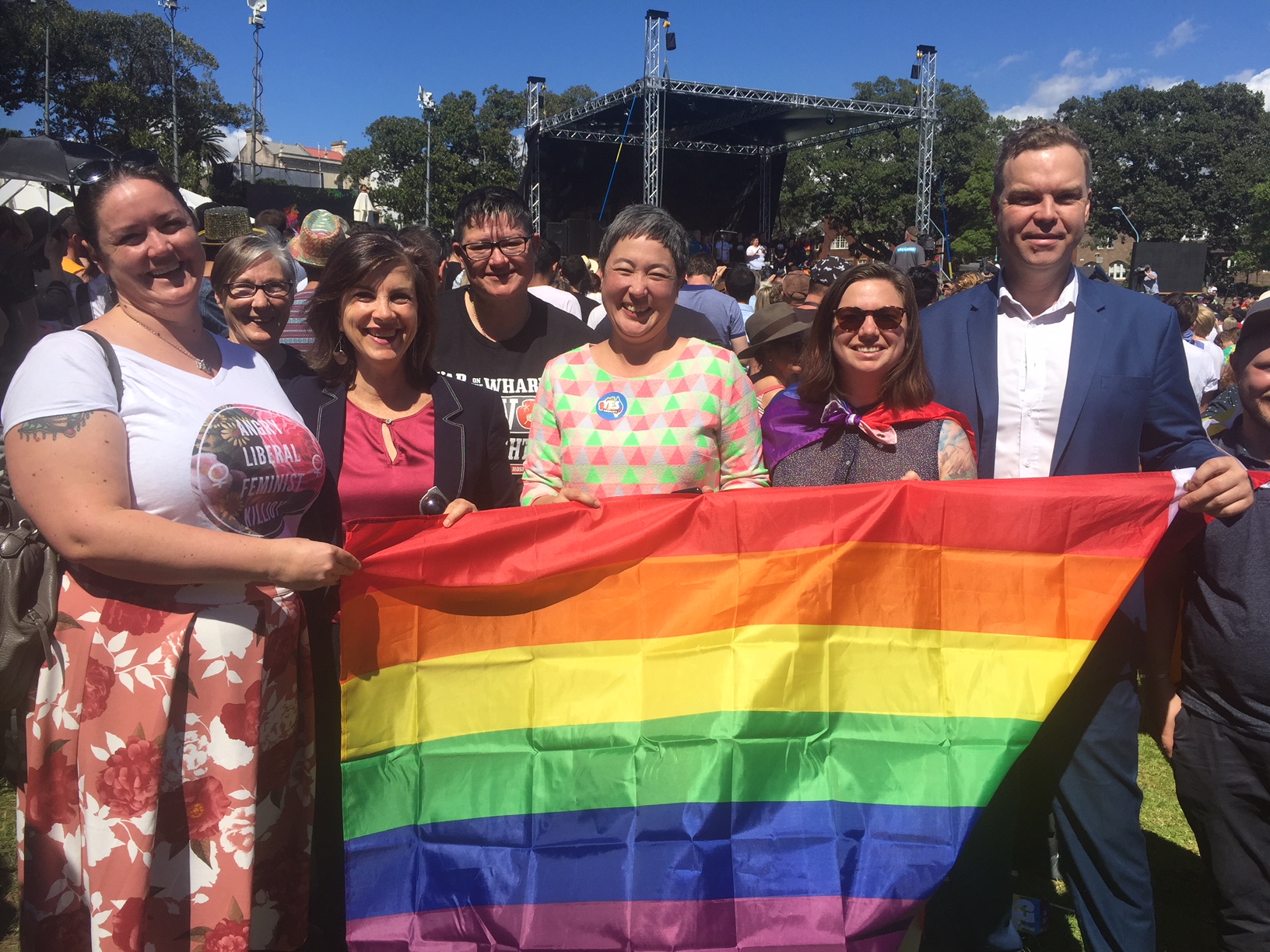 Huge congratulations are due to everyone who worked so hard on the YES campaign and helped to get the law changed in the federal parliament.

In metropolitan areas like Sydney where people work long hours, they often don’t get the chance to walk their dogs daily. Being able to bring dogs into the local pub would enhance the quality of life not only for dog owners, but for dogs too. 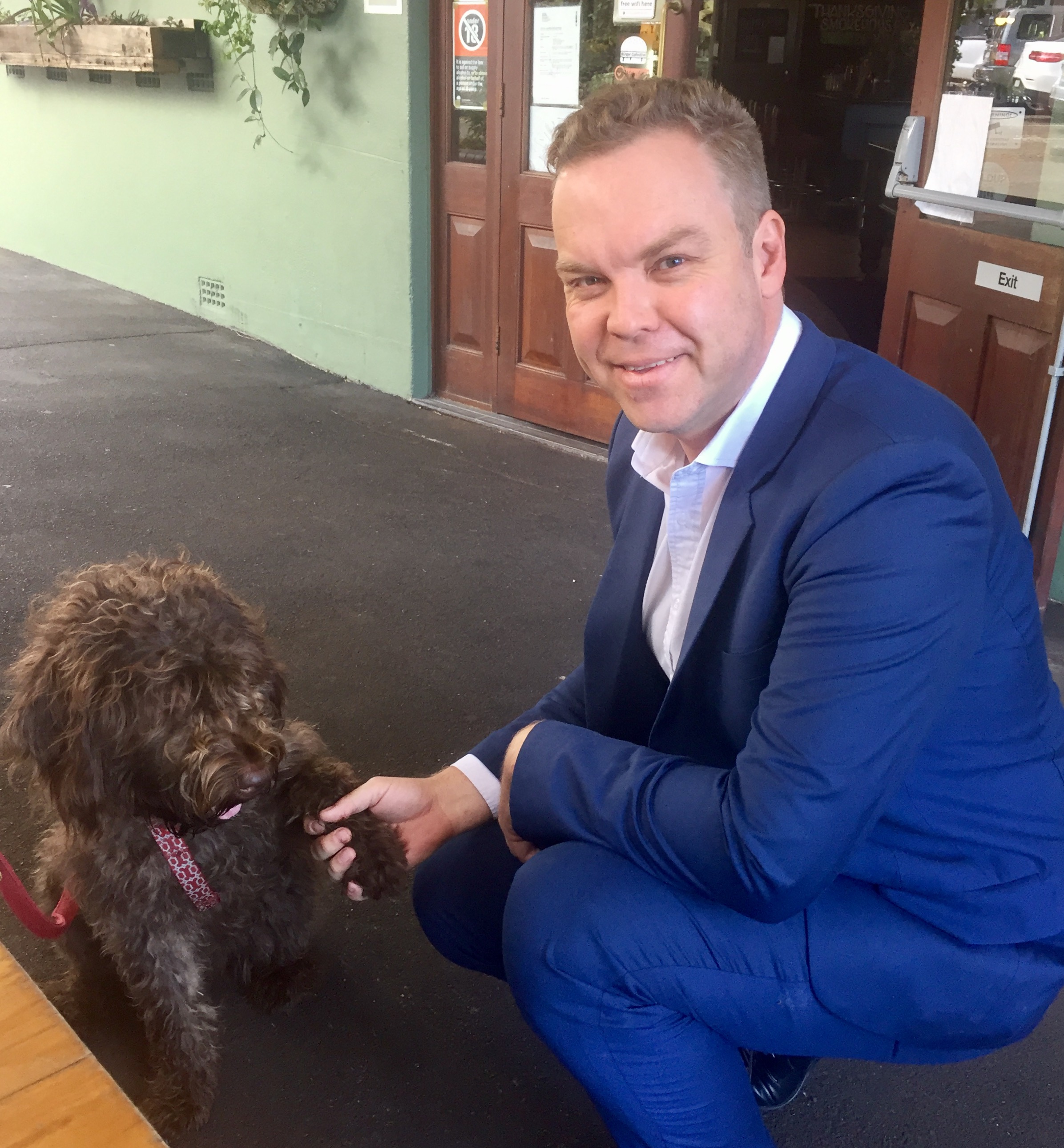 After surveying the community and getting an overwhelmingly positive response, I moved a Bill in Parliament amending the Companion Animals Act in NSW to allow dogs indoors in pubs, subject to the permission of the proprietor. The Bill will be heard in the coming months.

We had great news when the Inner West Council passed a Greens motion to stop the demolition of two heritage cottages on Marion Street Leichhardt.

The Council will now look at alternatives for the Federation cottages, which were slated to be demolished to make way for parking spaces – mostly for council staff.

To demolish the buildings and destroy these artworks would have been a terrible waste, and it’s disappointing that the Labor Councillors and Mayor continued to push and advocate for this destruction despite overwhelming community opposition.

These fantastic cottages are over 100 years old and feature murals by Blak Douglas, the renowned Aboriginal artist whose works are held in the collections of the National Gallery and in the Parliament of NSW. 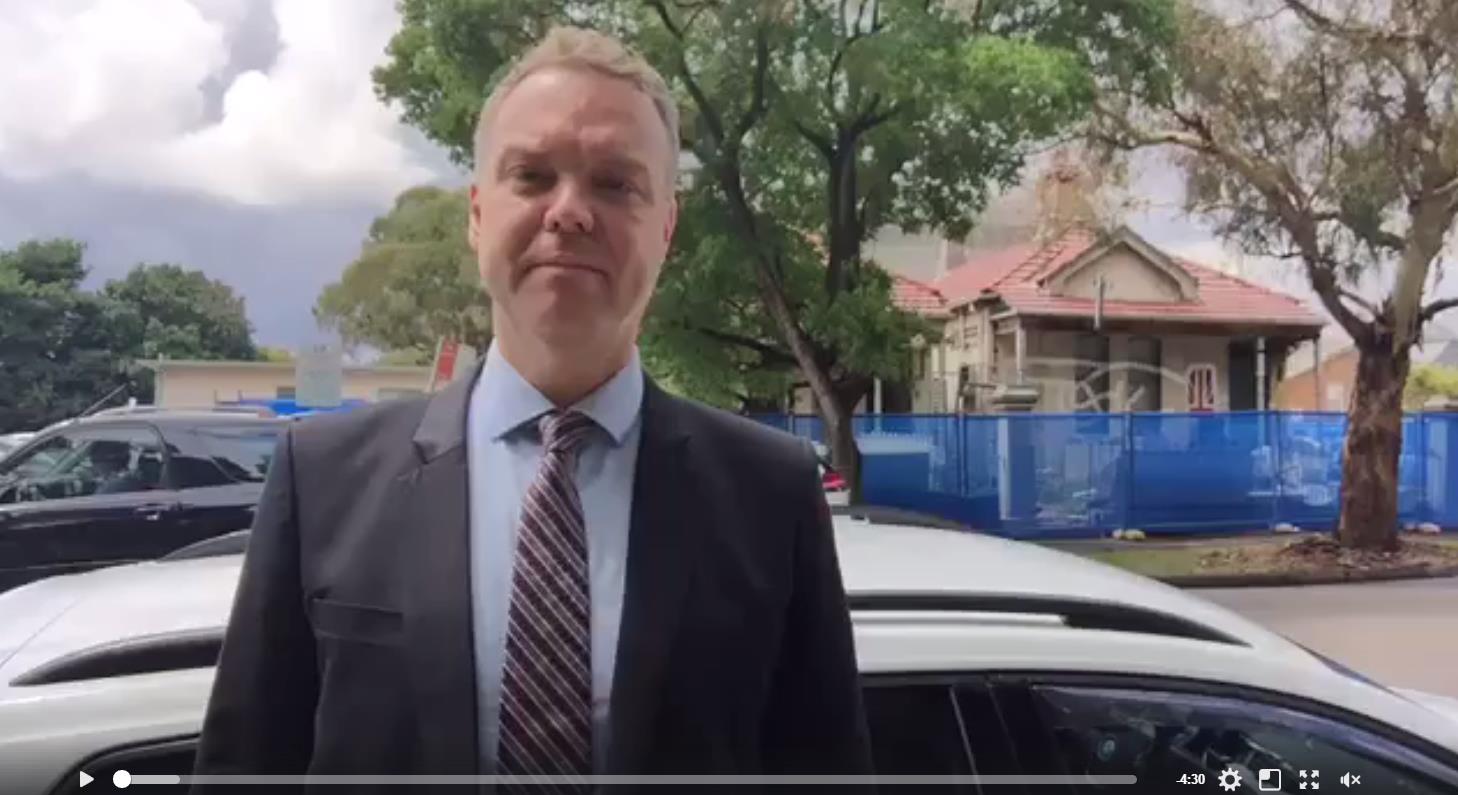 This was a great win in the campaign to protect heritage, art and plain common sense!

Hundreds turn out for buses

Over 300 people turned out to a public meeting at Leichhardt Town Hall to support passengers and staff affected by the proposed sell off of Inner West bus routes.

This was an unprecedented turnout to a local public meeting and it was a measure of the support for public bus services in the Inner West. 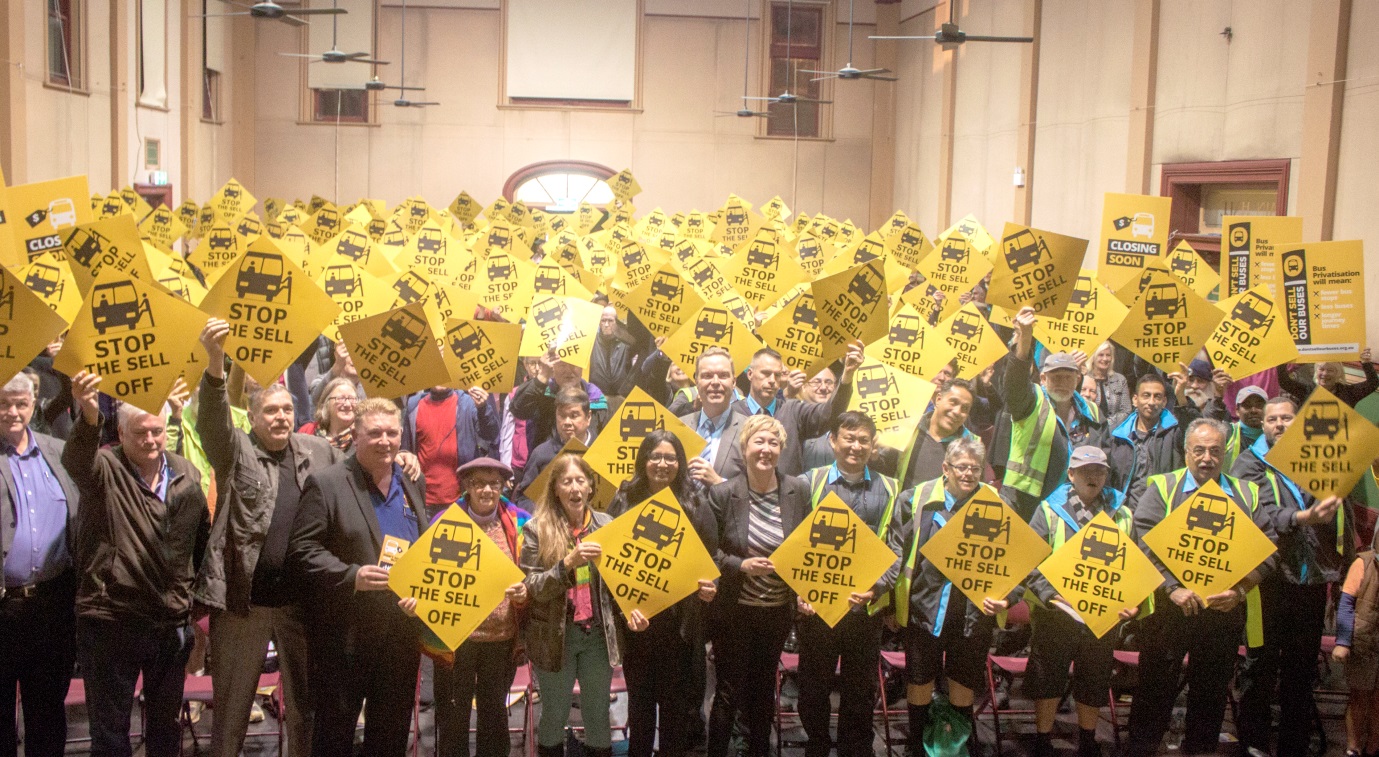 Our local community sent a powerful message to the government and we won't stop until we see a genuine commitment to public transport.

All across our area, places that used to provide space for people to work and create are being rezoned and developed into yet more apartment blocks.

We had a great win at Lords Road in Leichhardt when community objections defeated an application to rezone a wonderful light industrial site that includes an art gallery, community organizations, woodworking studios and a whole range of employment types. 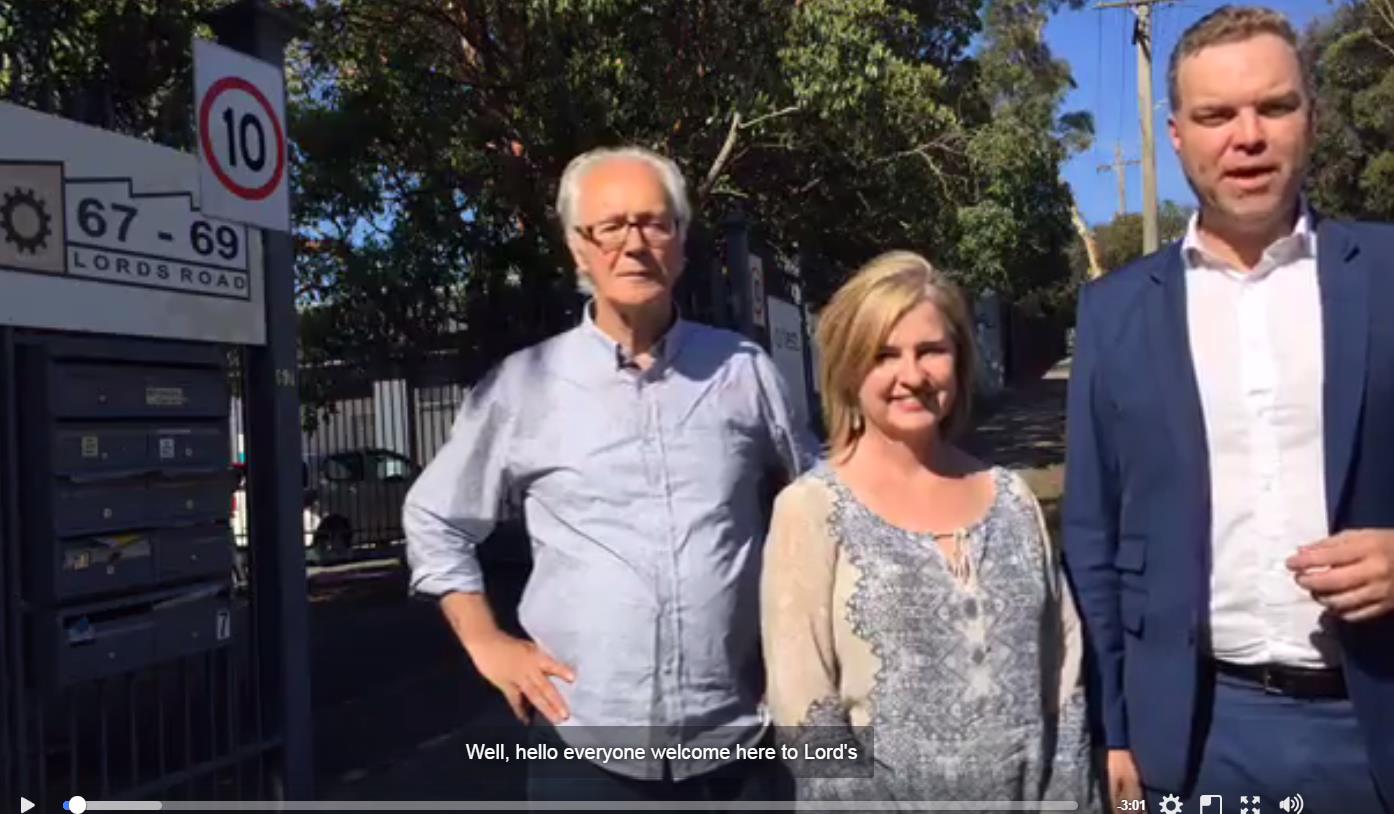 It IS possible to preserve these vital spaces in the heart of our community. Recently, however, we heard that the government has not endorsed the Planning Panel’s decision and has met again with the developer – so we need to remain vigilant.

Arts spaces in the inner city

Artists and creative professionals named rising property costs and complex planning laws as their biggest challenges at a round table I hosted by with my Greens colleague Jenny Leong, MP for Newtown.

We invited professionals from the fields of visual arts, writing, dance and theatre across the Inner West to meet us at Parliament and share their frustrations and solutions around finding suitable spaces to work.

Speakers included Penelope Benton from the National Association for the Visual Arts and Craig Lyons, a geography researcher from the University of Wollongong.

It was very inspiring to be surrounded by such creative and innovative people, and hear about the challenges they face as artists and makers in the inner city.

We’ll be seeking meetings both with the Minister for Arts and the Minister for Planning to impress on them the need for changes to state laws to improve planning and the need to secure more affordable and suitable arts spaces in our area.

Many people in our community have worked very hard for to put pressure on the two big supermarkets to change their approach to single-use plastic bags.

Together, we held rallies, made speeches, marched, written letters, created petitions, made videos and participated in a range of creative actions.

Our collective efforts paid off when Woolworths, Coles and Harris Farm Markets, along with many smaller retailers, announced they would stop supplying single-use plastic bags in NSW.

Thanks to our community campaigning, City of Sydney Council stated they do not approve of a proposed work zone in Bulwara Road, Ultimo.

The works zone would have been a disaster for our community, risking the safety of residents and school students not to mention removing car parking spaces for over a year.

This is a terrific win for our community and shows that when people stand up for what matters, we can really make a difference.

Huge thanks to Ultimo Village Voice and Friends of Ultimo Community Centre for all their hard work on this issue, as well as the many committed and concerned residents who came to the public meeting I held.

In other good news, the Minister agreed to the upgrading of the waterfront oval at the site, subject to the relevant approvals.

Scores of residents wrote to the government, exasperated by this proposal to make taking the bus even harder. We had a win when the government abandoned plans to remove these much-needed bus stops.

The proposal would have made access a lot more difficult for elderly passengers and those with poor mobility, and reduced access to local businesses.

This result showed that when local people stand up for smart, efficient public transport they can really make a difference.

Increasing the number of people who take light rail is just common sense – but unless the government acts further to reduce overcrowding, these services will become impossible to use at peak times, driving more travellers back into the traffic.

The government needs to be making it easier for people to take public transport, not harder.

Ausgrid tree cutting contractors have in the past compromised our street trees by careless and excessive cutting to clear trees away from powerlines, in 2016 cutting trees back by up to three metres.

The community came together and insisted that not only Ausgrid, but also the Council and the State Government must take action to save our trees from further butchering.

We worked hard to get a good outcome and finally Ausgrid announced that trees growing near powerlines in urban areas would only be trimmed to a minimum clearance of 50cm above and below the lines along with a suitable allowance for regrowth (determined by the species of tree). A great win for the community!

This year I was able to facilitate nearly $300,000 in community grants for local schools, art associations and sporting clubs. The total funds raised since I took office in 2011 are over one million dollars. 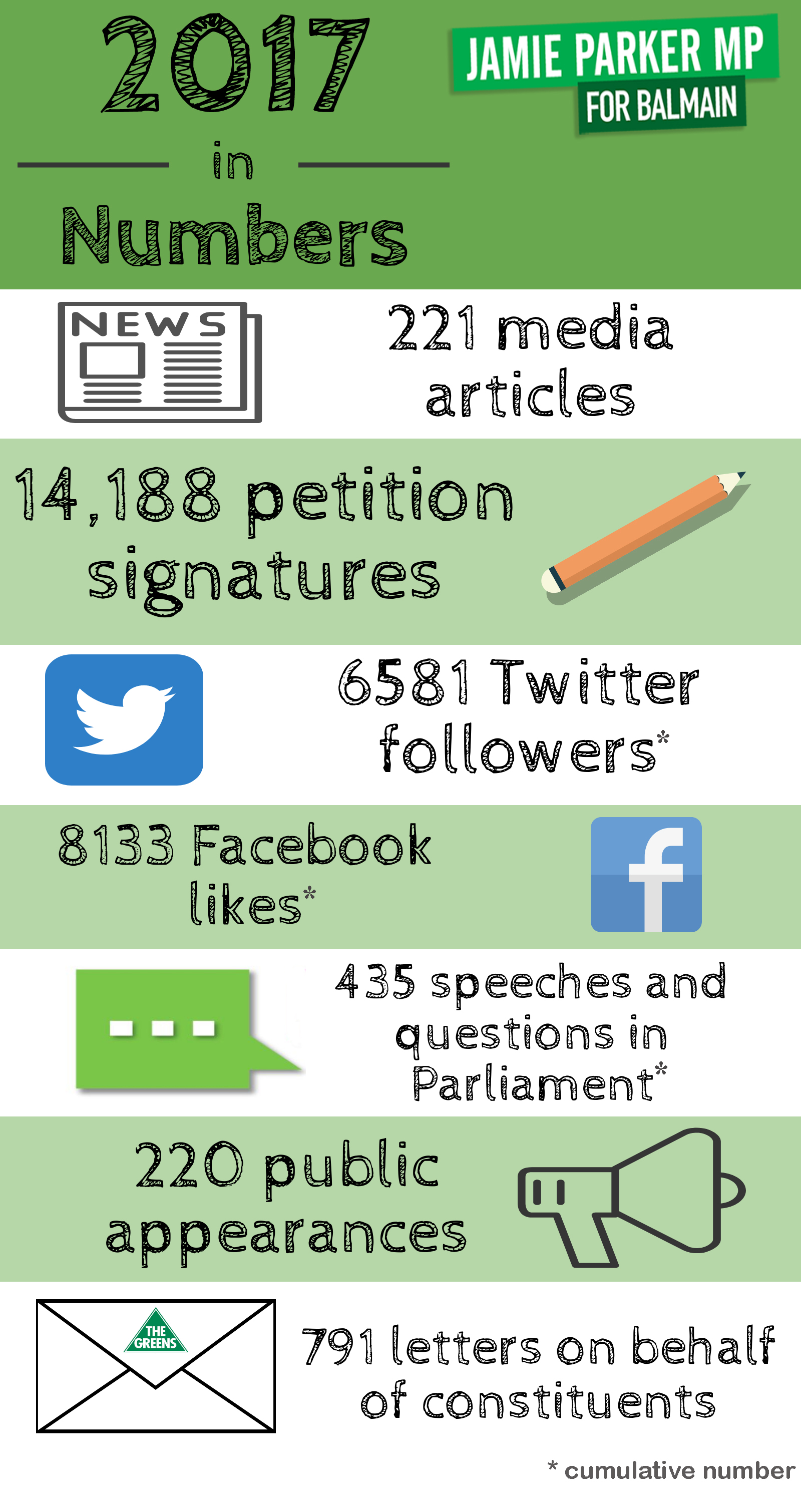