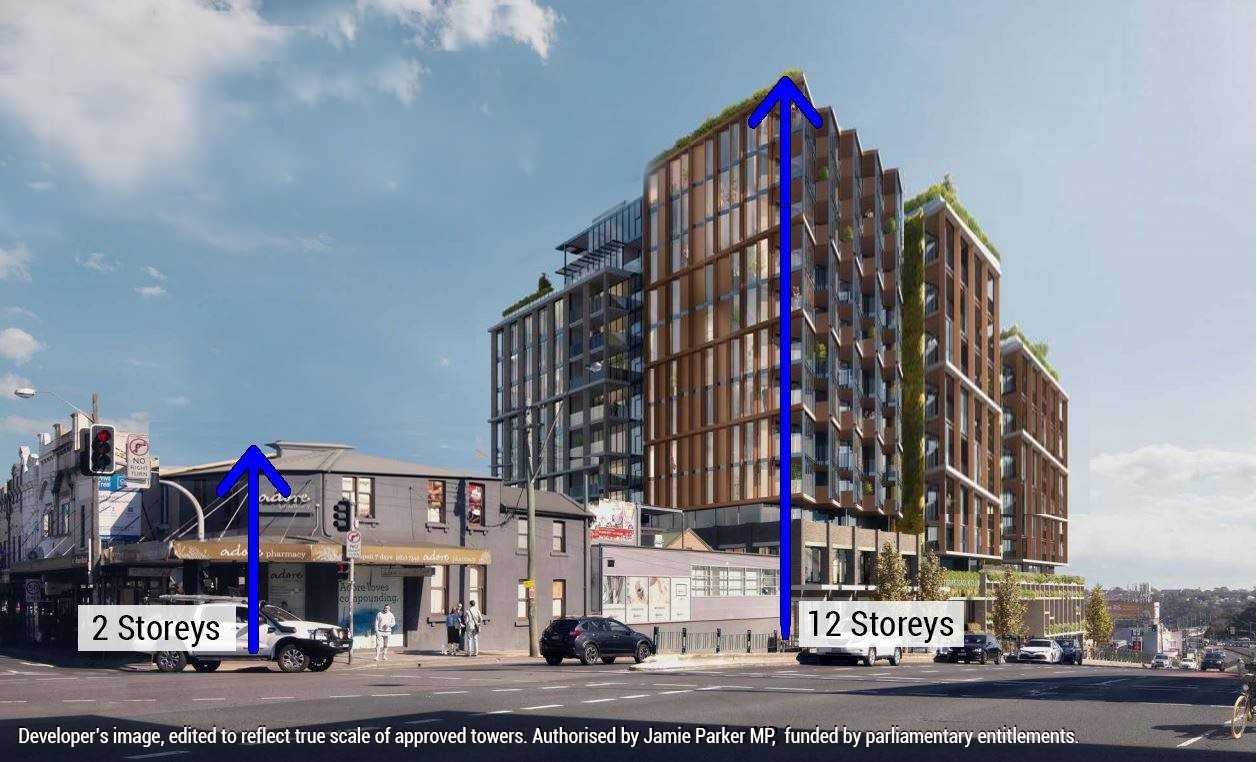 The application to build three 11 and 12 storey apartment towers on the former Balmain leagues club site has been approved by the Sydney Eastern Planning Panel.

Jamie Parker MP, Member for Balmain, appeared before the Panel to speak in opposition to these huge towers and advocate for a more appropriate development.

While the decision was not unanimous, reflecting the Panel’s concerns about the size of the towers, the application was ultimately approved with the support of the Inner West Council.

The good news is that thanks to determined community action, what has been approved is much smaller than the 32 storey towers that were originally proposed.

Since Liberal and Labor Councillors joined together to change the local planning laws and gift the developer a huge increase in the allowed density and height, the various owners of the site have failed to propose appropriate developments and have left the property terribly neglected. Clearly something needs to happen with this site.

Jamie has been a long-time supporter of a more appropriate development similar to the scale of the successful ‘Union’ on Terry St which worked within the existing planning rules.

While there are some positive elements to the approved development including the return of a leagues club, there is concern that it will dwarf existing homes in the area, make traffic worse across Rozelle, and that additional retail and the 3000+ sqm supermarket will have a huge impact to small business on Darling St.

This development now has final approval but construction may not start for years as the NSW Government is planning to lease the property as a tunnelling site for the Western Harbour Tunnel.

Thank you to all the residents who have been involved in the campaign for an appropriate development for this site over the years. Without concerted community action the previous proposal for 32 storey towers would have sailed through.