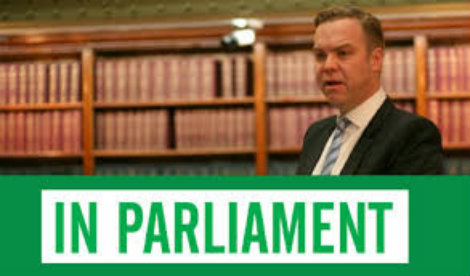 Thursday’s release of the Auditor-General’s Performance Audit has confirmed the two business cases for Service NSW were dodgy and the program has delivered little benefit to the people of NSW.

“It is a damning report that draws into question the support for other government projects that rely on business cases, often shrouded in secrecy, to justify controversial projects.

“The Liberal State Government should be utterly embarrassed. Not only was the implementation of all planned outcomes of the initiatives late, but there was a massive blowout in recurrent funding.

“How can the community have confidence in a project that was 85% over budget? The approved allocation for the 2012/13 and 2013/14 financial years was $75.9 million, yet the actual expenditure over that period was $147 million.

“The report found that service centre usage was significantly lower than planned, whole-of-government savings may not be realised, and there was a risk that fees and charges will increase.

“Unfortunately for the Premier, the report’s findings make a mockery of number 12 of the “Premier’s Priorities”, Improving Government Services, which touted the launch of Service NSW.

“Service NSW is over budget on operational costs and behind on the rollout of its new equipment and shopfronts, while the government guarantee any of the much touted savings to the taxpayer. They can’t even tell the community how many people are making transactions on their own website.

“The business cases are movable feasts, with changes being made as the program progressed without approval from even its own Steering Committee. The government is literally making it up as they go.

“The government needs to take very close heed of the Auditor-General’s report and establish a solid process that reports the actual benefit to the people of NSW, not just to the private companies desperate to get their hands on more government property. If there’s no case to be made, the program needs to be scrapped before it wastes even more money,” said Mr Parker.