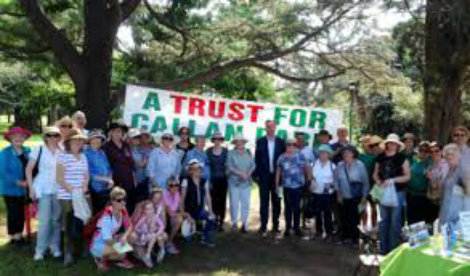 Describing revelations in a Sydney Morning Herald media report about a senior manager at Sydney Harbour Foreshore Authority as explosive, Jamie Parker MP, Member for Balmain, has called for the Independent Commission Against Corruption to launch a full-scale investigation.

“Considering findings of corruption were found against a SHFA senior executive only five years ago, it is deeply troubling that a government agency with responsibility for significant assets appears to have failed to identify corrupt behaviour,” said Mr Parker.

As the head of the SHFA staff at Callan Park from 2008 to 2015, Kylie Vernon took day to day responsibility for the operations at Callan Park. The Sydney Morning Herald reported on Wednesday that Kylie Vernon admitted in the Supreme Court to taking $300,000 in kickbacks. The allegations of bribery involve a company that provides cleaning services at Callan Park.

“I have previously expressed concerns about the ‘informal’ commercial leases and the unusual commercial arrangements on the site. It is important that ICAC investigate the actions of SHFA staff so the public can be satisfied that corrupt conduct has been fully investigated and resolved.

“The government also needs to come clean on why allegations of corruption have arisen in the same agency that was investigated in 2011. Despite providing the ICAC an implementation plan to address recommendations for corruption prevention, the question must be asked whether there are systemic flaws in the organisation that has failed to provide adequate oversight,” said Mr Parker.

Arcadia Pacific Group cleaning company is at the centre of the corruption admissions, according to the media report of the case currently before the Supreme Court.  Arcadia Pacific Group  has provided services at Callan Park since at least 2008 and most recently was awarded a $240,000 contract for industrial cleaning services at Callan Park from November 2015 to November 2017.