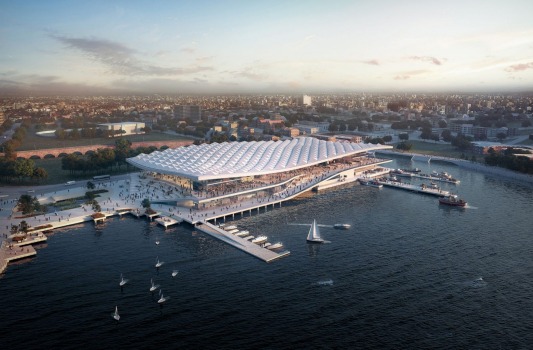 “The details of the new fish market development released today are designed to deliver public waterfront land to property developers at the expense of our local community,” he said.

“By relocating the fish markets, the government will free up space on that site and surrounds for up to 2760 new apartments – a development three times the size of the Harold Park.

“There are no plans for facilities or infrastructure to support the growing number of apartments in the area.

“This area is one of the most densely populated in Sydney, and already suffers from a massive under-provision of community recreation facilities, public green space and a light rail that is at capacity.

“The much-needed renewal of Sydney’s waterfront must not come at the price of community access to publicly owned waterfront land or the liveability of our city.

“Considering Urban Growth NSW is little more than a government-run property development agency, it’s not surprising that they plan to pay for this massive redevelopment by selling-off the current fish markets site to developers.

“Visitor numbers are expected to double to 6 million a year but there is no strategic public transport plan beyond a single new ferry stop.

“Residents who want open space, public transport and a truly liveable city are being overrun by a system that is focused on delivering public waterfront land to private developers.”