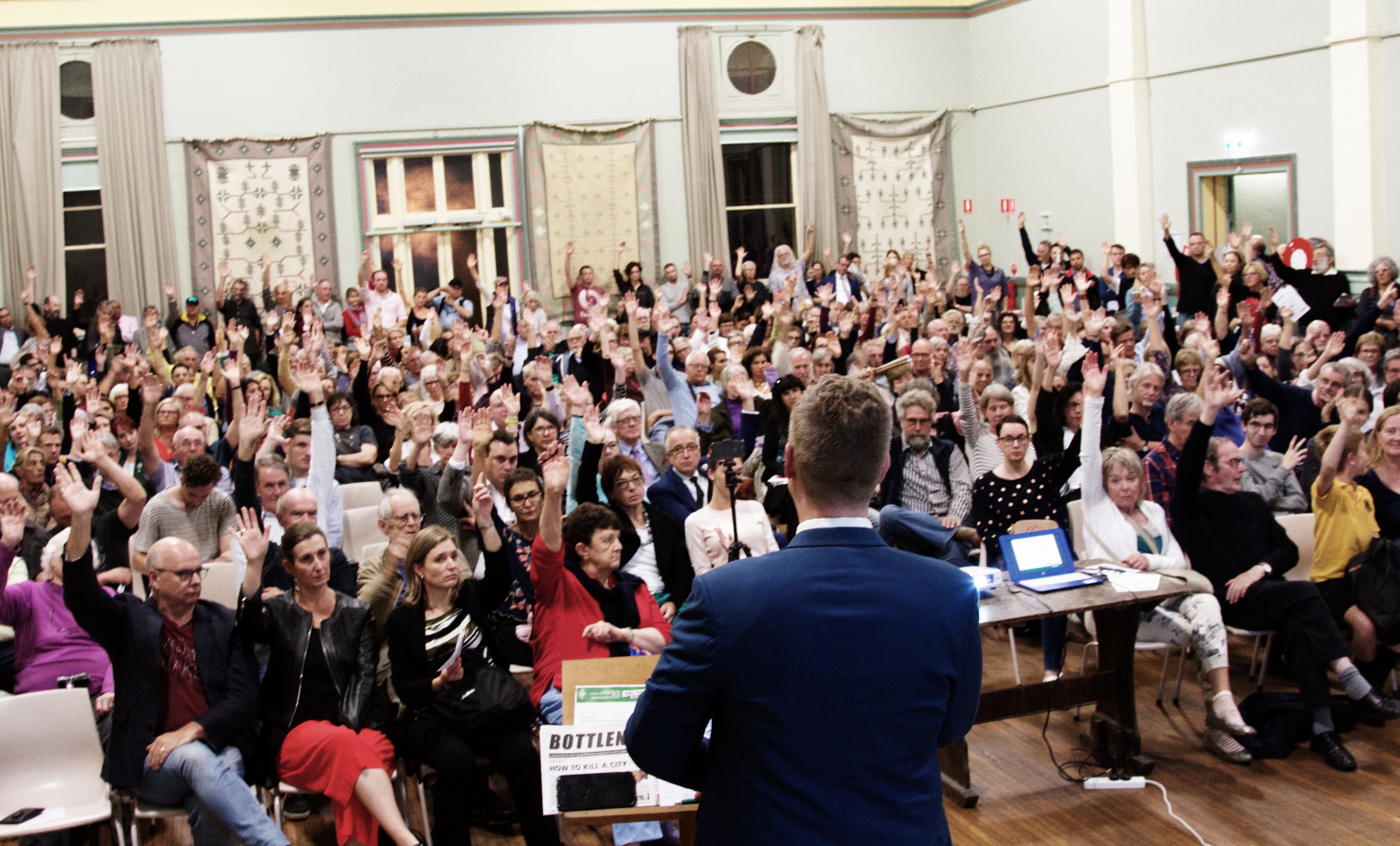 The meeting was held to discuss the need for a unified strategy for White Bay and to inform residents about a range of developments currently proposed for White Bay including:

“Successive Labor and Liberal governments have promised to genuinely consult with the public to deliver a proper plan for the future of White Bay.

“Instead, we’re seeing ad hoc developments that are being pushed independent of one another without any consideration of their cumulative impact on our community and wider Sydney.

“We need a genuine strategic vision for White Bay that prioritises public transport, green space and employment, rather than short-sighted schemes which favour political donors and vested interests.

“In Sydney, residents who want open space and public transport are being overrun by a system that serves those trying to profit from massive development projects. I’m calling for some balance to be restored.

“Over 300 residents turned out last night, a clear sign that our community is genuinely concerned about the future of White Bay.”