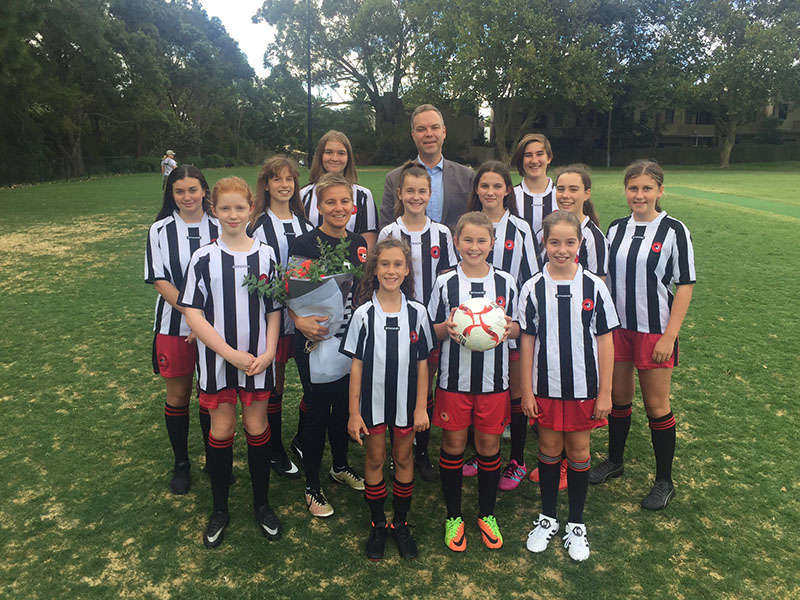 The President of the Leichhardt Saints Football Club Committee, Liza Schaeper, has been named 2018 Balmain Local Woman of the Year.

The award will be presented to Ms Schaeper at a ceremony to celebrate the NSW Women of the Year Awards on International Women’s Day this Thursday 8 March.

Ms Schaeper has been President of the Leichhardt Saints Football Club for five years and is the first female Director to sit on the Canterbury District Social Football Association (CDSFA).

She was a founding member of their Committee for Female Football. Last year, that Committee established a Women’s Development officer to increase girls and women’s participation throughout the district.

Commenting on the award, Jamie Parker MP for Balmain said:

“Liza has pioneered a leadership role within a sport, a club and an association that’s dominated by men so it’s a special privilege to present her with this award on International Women’s Day.

“Liza has actively recruited women of all ages into her club. She’s launched over-30s women’s teams to accommodate mums and enlisted the help of the Matilda’s Heather Garriock to recruit youth interest in the club.

“Liza represents all the things that make our community strong: community participation, volunteering and leadership. I am proud to announce her as the 2018 Balmain Local Woman of the Year.”