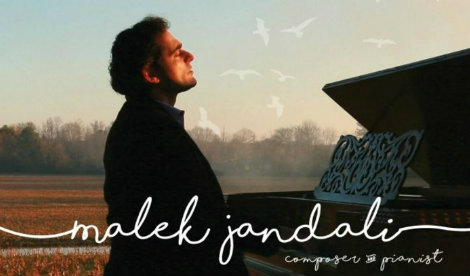 German born, Syrian-American composer, Malek Jandali is recognized as a leading figure in today’s music world. Honoured with the 2013 GUSI International Peace Prize for his ongoing world tour The Voice of the Free Syrian Children and his dedication to peace and humanitarian causes, he was also the recipient of the 2014 Global Music Humanitarian Award. In 2015 the Carnegie Corporation of New York recognized him alongside Yo-Yo Ma and Itzhak Perlman as a Great Immigrant for his contributions to society.

On Saturday 24th June, for one night only, Malek will present the premiere of his Syrian Symphony for Peace at the Sydney Opera House as part of Refugee Week. You can buy tickets here.

The program features Jandali's original music, integrating ancient folk melodies into works that are preserving and presenting the rich musical heritage of Syria. Following another successful Carnegie Hall concert, this meaningful event unites music enthusiasts and those dedicated to peace and solidarity.

Refugee Week will be held from 18 June to 24 June. It serves as a call for unity and for positive action, encouraging Australians to improve our nation’s welcome for refugees and to acknowledge the skills and energy refugees bring to their new home.