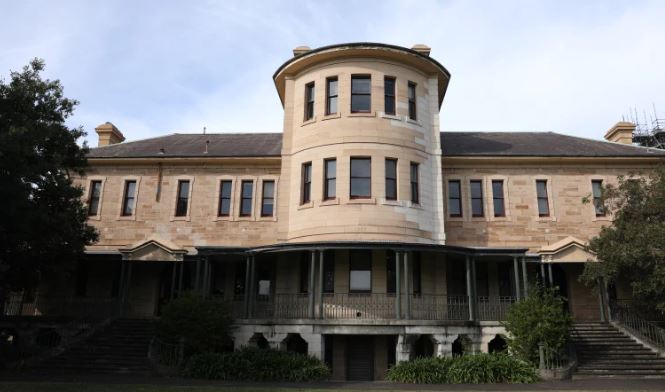 Jamie Parker has raised concerns that the Government could be trying to open Callan Park up to commercial use following a showing to prospective Kirkbridge tenants which included for-profit bidders.

PwC Advisory Services has been appointed by the NSW Government to oversee the EOI process for the Kirkbridge complex and Callan Park.

The group included representatives from Dalton House who were accompanied by former Labor Planning Minister Frank Sartor. In 2008, Sartor proposed an enormous redevelopment of the site that was later withdrawn after a backlash for the community.

When launching the EOI, the Minister for Water, Property and Housing made a commitment that it would be assessed in reference to the provisions of the Callan Park (Special Provisions) Act 2002 which prohibits commercial activity on the site. The Act was established in response to the Labor Carr Government’s attempts to sell-off 20% of Callan Park in 1898.

“The government has been caught shopping Callan Park around to the same people who tried so hard to overdevelop it. It is unbelievable that the government would waste time and money to show this site off to private companies when the Act clearly prohibits them.

“Minister Pavey is saying publically this is an EOI for non-profits only but it appears that she has given PwC permission to court corporate interests to use this site for their own private profit.

“These magnificent buildings have been intentionally reserved for education, health, community and not-for-profit use. If the government is now breaking that promise to the community it would be a colossal betrayal.

“Any corporate activity on the site would require the dismantling of the Callan Park Act which was established to protect the site from commercialisation, development and sell-off.

“Based on their track record, neither Labor or Liberal Governments can be trusted with this site because the Act is the only thing that has held back a flood of development.

“Breaking the Callan Park Act would be a death knell for this site. I’m calling on the Minister to come clean and make a solid commitment that her government won’t touch the Act, now or ever,” he says.