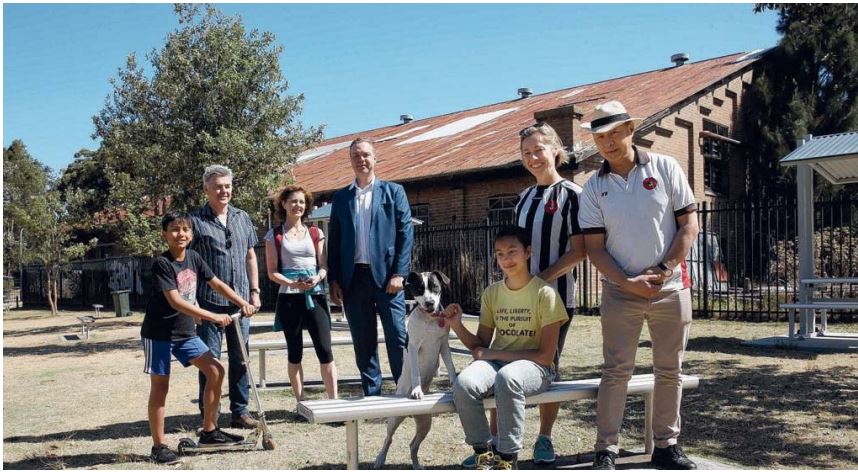 Jamie has moved a motion in Parliament pressing the government to give more land to the school and renovate heritage buildings on the site.

The land is over 4,000 sqare metres in size and sits directly next to the school oval. It includes a car park and two heritage listed derelict tram shed buildings.

The land is held by Property NSW on behalf of the NSW Police as it was proposed in 2007 to be used as a police station.

"After the failed attempt to use the land as a dive site for WestConnex it was an opportune time to redouble our efforts to secure the land for our local school.

"The school has seen huge growth with almost 950 students who urgently need this land for space to play and learn.

"It's tragic that this public land remains locked up and abandoned while the school next door is bursting at the seams.

"I've spoken directly to the Minister for Police, Education and Property about the need to transfer this land and I'm encouraged by their response.

"When school resumes I'll be launching a local campaign to press the government to allow the school access the land. I will also be taking a delegation from the school community to meet with the Ministers involved.

"Rather than selling this land for yet more residential development it should be used by our local school to benefit our students and teachers.

I want to thank the P&C and the wider community for their support as well as the tram shed committee of the P&C who have worked tirelessly on the issue."

Read the full article in the Inner West Courier here.